There are two domains in my life which are essential for my well being, and they are Soul and Instinct. I see this world saturated with Spirit and its vindictive commandments infusing every spirituality, even shamanism, which is originally a religion of the Soul. We think we’re being wise and enlightened and on the good path of spiritual awakening, but we’re just enslaved by Spirit. Spirit is all about good morality and the duty of love. Love will heal everything. No, it won’t. Instinct knows that. Everything which preaches unrealistic goals, unconditional compassion, forgiveness is fueled by Super Ego, but he goes under the guise of Spirit so as to not awaken suspicions. You don’t have to love, you don’t have to forgive. You don’t even have to be nice. Stop inflicting this upon yourself. What feels forced and goes against instinct leads to real damage, to yourself but also to others who could learn a great deal from a few rebukes. And the irony of this teaching about having to love and be selfless is that it emanates from Super Ego! See the twist?

The mere suggestion of “spiritual evolution” is a scam. Be wary of anyone asking you to sacrifice your ego. Ego is a healthy pig, ego could actually be quite funny and entertaining if it was not getting above itself with all the pretentious dogma Super Ego whispers in his ear. Ego is honest and ridiculous. Super Ego is twisted and manipulative. Super Ego is a bully. There, I said it.

Now that we’ve got Super Ego unmasked and out of the picture, do you feel the freedom? Do you feel that you’ve become a real monster without this supreme authority telling you how to be a “better” person? Nope. You might feel a bit wicked but it doesn’t mean you would actually act upon it. Super Ego would more likely push you to go to some extreme just to escape the enslavement of having to be nice.

So, here you are, free from the dos and don’ts. You don’t have to be nice. You don’t even have to be politically correct. You can apply logic, use your common sense, discriminate positively, listen to your instincts, add a bit of tolerance for good measure but without extending the kindness too far. And then, you will also probably love. The right kind of love, mind you. Not the “look how nice I am” kind. The one that sends warm shivers through your body. Because if the body doesn’t feel it, then, it’s all “in the head”, there’s no emotion – at which point, you might ask yourself whether it’s love at all, more likely just a painted benevolent smile. Who do you fool?

But enough about Super Ego. And let’s not talk about love. Love is a mystery, a miracle, not something that can arise on command. Ever. Love is.
Now what I would love to write about is the greatly forgotten, greatly neglected, greatly underrated: Soul. I could copy and paste one of C.G. Jung’s or James Hillman’s quotes about Soul but I won’t. Feel free to look up these great writers yourselves. I want to give you my own definition, I want to explain what is Soul for me. Soul is enchantment. It is totally invisible but it has you in its power. You look at a landscape with the eyes of reason and it doesn’t affect you in any way, but look again with Soul in mind and behold! Everything starts shimmering and vibrating and you become exhilarated, totally in awe. When you let go of what you expect to see, you open yourself to the enchantment of Soul.

Lately, I’ve watched Cinderella, I believe it’s a Disney movie. I was not so fond of the “be kind and brave” imperative because life’s many different situations can’t be answered with just one line of conduct, that’s totally absurd. Although many people in the grip of Super Ego would like you to believe they can. But one sentence caught my attention at the end of the movie. The narrator said “she saw life, not as it is, but as it could be”. It’s the kind of sentence you could interpret in a million ways. Personally, I thought “what? is Life not good enough, you have to imagine it in a different way?”. Life is not a bitch. There is absolutely nothing personal behind all the miseries which befall us. To think otherwise leads to paranoia. Life tries its very, very best. Always. When death happens, it means life doesn’t have any other option. This is terribly sad but that’s the limit we have to deal with. Meanwhile, I believe Life’s impulses originate in the Other World. Life lives on on two different planes. The first plane is a Dreamworld which pours all kind of potentials into this one. Can you imagine this? If you can, you can see with Soul. These two worlds are not at odds with each other. They dance together, like the threads on a woven cloth, in and out, in and out… If you dismiss the Dreamworld in favour of this one, the whole fabric unravels down to nothing, just a void. A soulless world. This Dreamworld embodies what could be, it doesn’t mean that “it is” in a realistic sense, but on some level it is, it lives, it vibrates and it enchants you. Soul is the bigger picture. We see some trees lit by the sun, Soul has a better story: the trees bathe in the setting sun’s golden light, and I’m holding my breath because I can feel a thousand things I’d like to put into words or painting, or music or I could just hug you, just as well. But not everything needs to be told, Soul can be quite content just infusing your whole being with a sense of delight and mystery. If you really insist, you might discover many things in these golden-lit trees, you might even spot a Firebird or imagine Baba Yaga’s hut beyond them. Soul might even provide a soundtrack, Many people would see this as pointless. But what do these people know? When one favours a soulless reality, one cannot be happy. And happiness, is it not in the end what it’s all about? What makes you happy is the only right thing, unless it harms innocent people. Someone happy, even selfishly happy (well, we can’t share everything, can we?) is an inspiration for others. Unless people totally miss the point and become just jealous. But in the end, it’s their loss. Just don’t waste your time with them.

Now… what do you see? You see what could be. You know perfectly well it’s all here, in the Dreamworld, ready to flow into the world with its magical undercurrents. Forget yourself an instant or what you think you are, widen your eyes… what do you see?

Soul is the sense of ultimate Home. 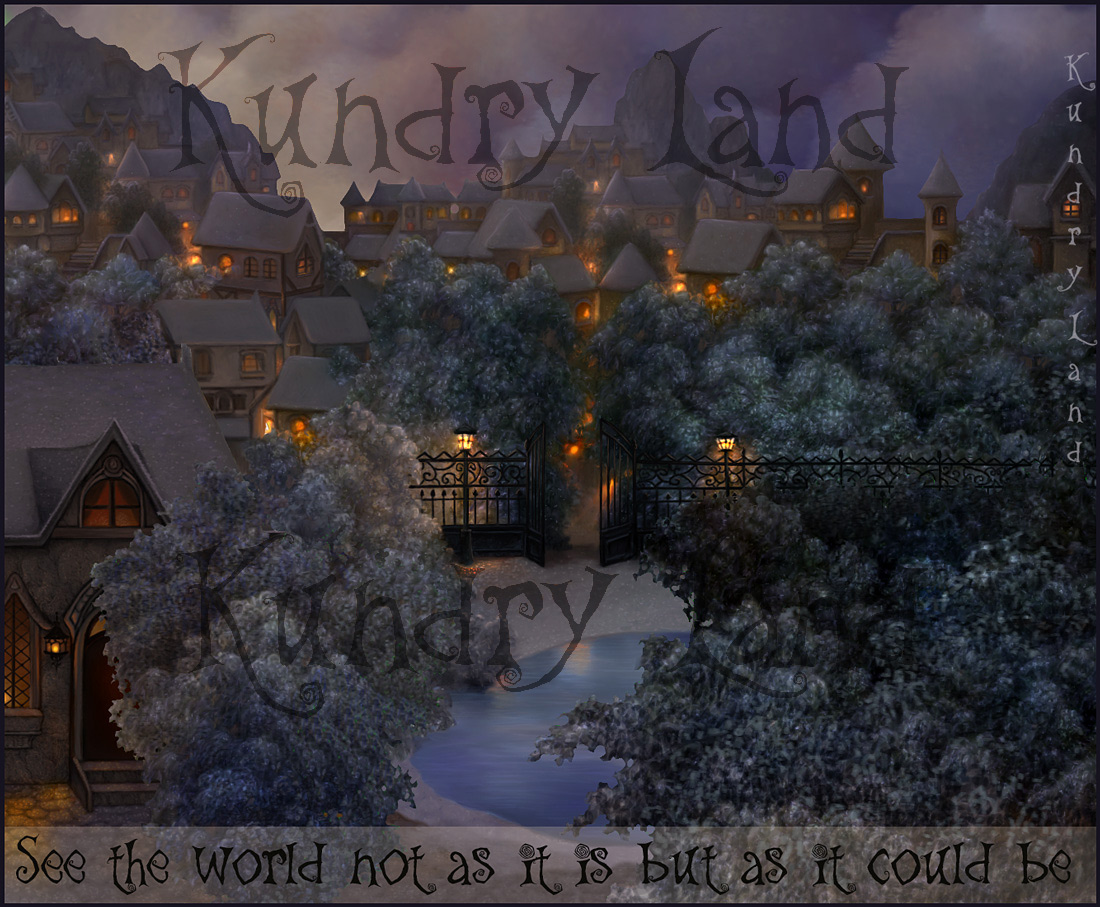