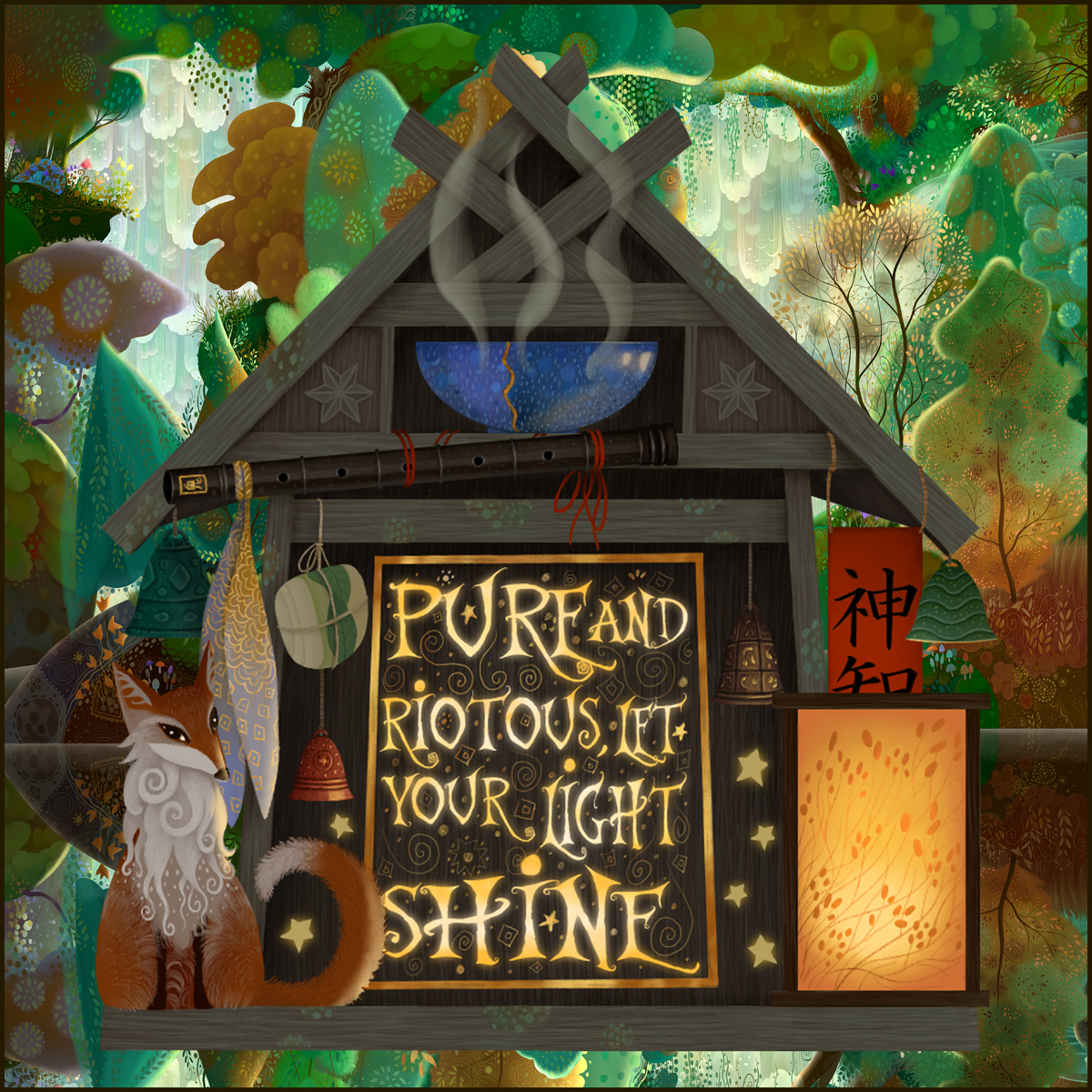 These two previous nights, I woke up during the night to see at my window a little diffused light among the dark clouds. I knew it was the Moon. She wanted to say Hello, there! I waited a bit and there she came with her crescent dress. Last night, I realised she was… family. Be it friends or the entire planet, we need to commit and extend our sense of family. Last night, I fell back to sleep thinking wisdom, all sorts of wisdoms should be taught at school. It’s the discipline we are the most in need of.
Then, the Moon sent me two gifts in the form of two dreams. In the first one, I was sleeping at my parents place and I was woken up by paws walking over me, it was Tatoo, my parents dog who departed one month ago. He was with a friendly big white dog. I hugged Tatoo, petted him. And in a hurry, in the fear of waking up suddenly, I rushed to my parents bedroom to bring them this beautiful surprise. They were delighted.
In the second dream, I was flying to Japan! My transit was in an airport somewhere and I was chocked to see all the commissioned art that was on display here and there showed boobs. Around me, there were also many women with mean faces and provocative cleavage. I ended up shouting around me “Stop sexualising us! We’re more than that!” . Then, I flew to Japan… When I arrived at the airport, there were many tables where a few people were filling forms. I went to a desk where a nice Japanese woman was working, I was very clumsy and I felt like crying like a puppy “I love Japan!!!”, but she could already sense my emotion and she smiled to me, reassuring. She gave me a form and a little box made of pale wood. I went to one of the tables and there, was a close friend of mine! She had decided to join me and she even came alone! There was a bit of sand in the box which I emptied, I figured out I had to place my photo in it. My friend said “Oh no! The sand must be in the box along with the photo!” . That was the first of probably many blunders to come during my stay in Japan. But we laughed about it. I picked up the sand and put it back in the box. The bus we took to go to the hotel meandered through a tropical Japan with a mix of temples and zen gardens, the dream created its own collage of Japan impressions. We were sitting at the front of the bus which was completely open and we were taking in everything, every little detail, we were overjoyed. I thought at that rate, we’ll never reach the hotel, there were just too many sights! Later on, when I came back from my trip to Japan, I said to my dogs and my Beloved “Let’s move to Japan” but of course, in reality, it is not feasible, for many reasons. But I can move Japan instead, I can diffuse its essence in my life. Be the person I think I would be if I lived in Japan. Closer to my natural state, which is blissful.

It is that time of the year again, when all the bright lights are dimmed so that we might see through the veil with the enchanted eyes of our imagination.

This is inspired by the Hyakki Yagyo, the Japanese Yokai procession and many other things… 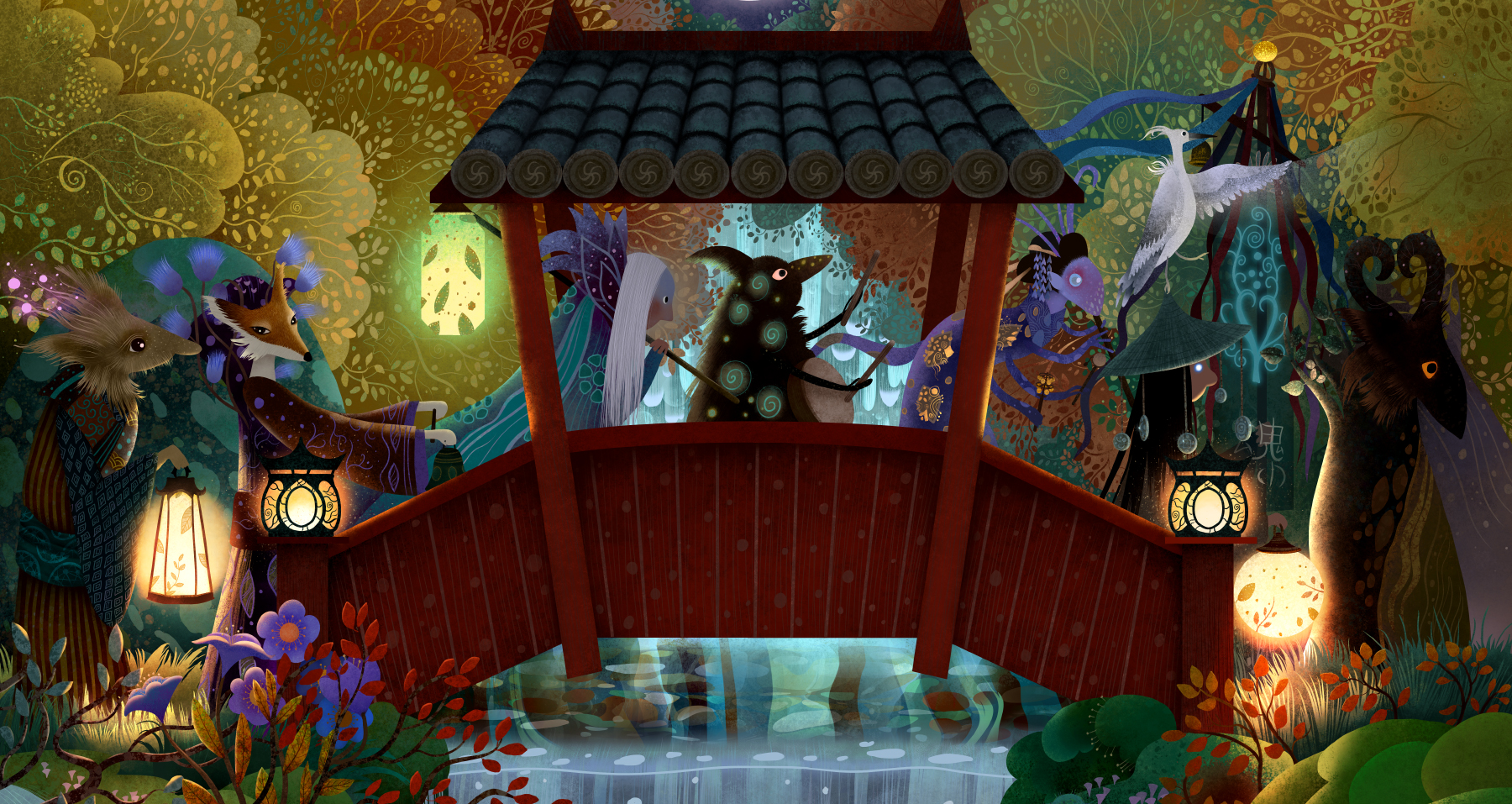 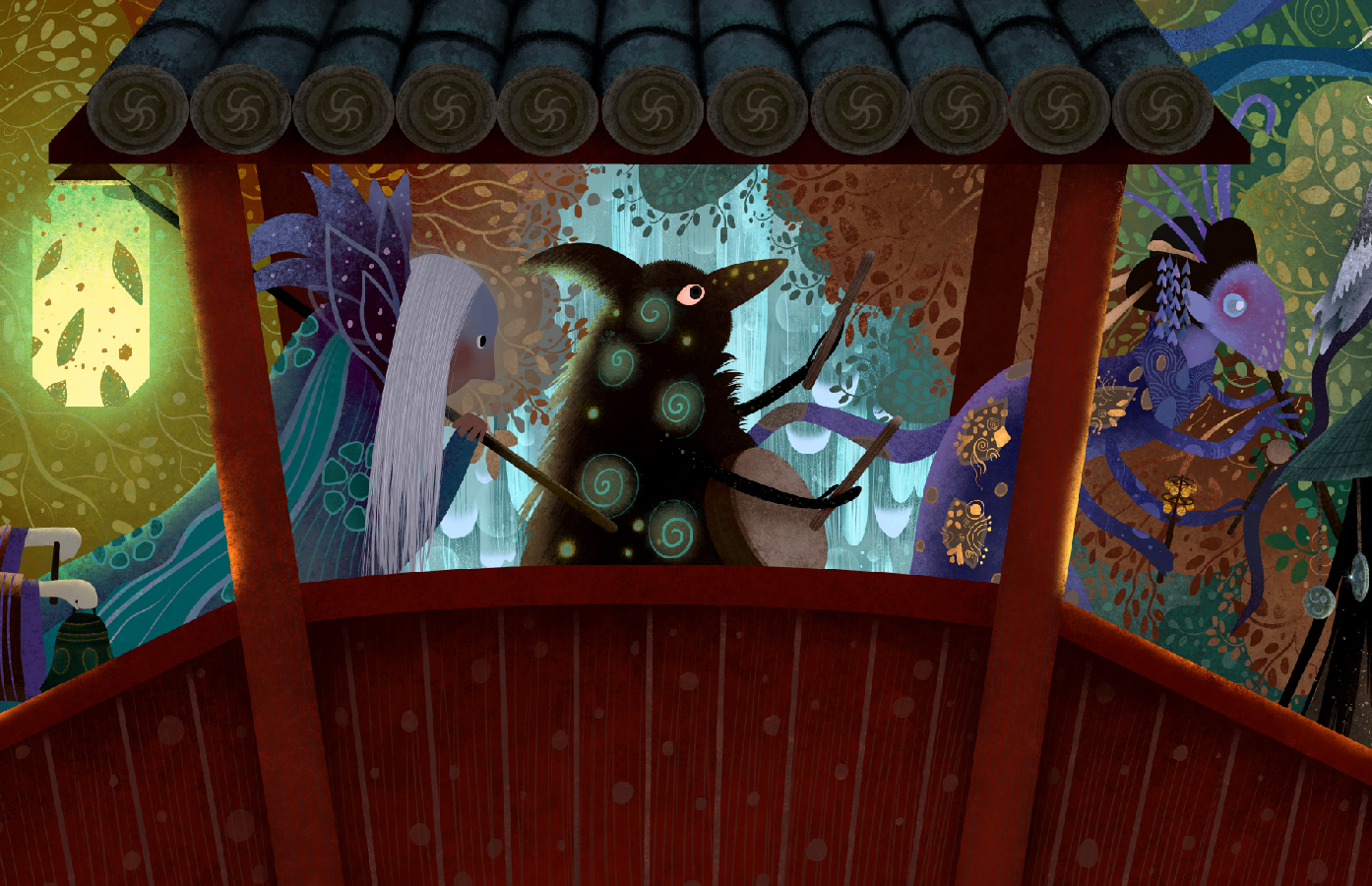 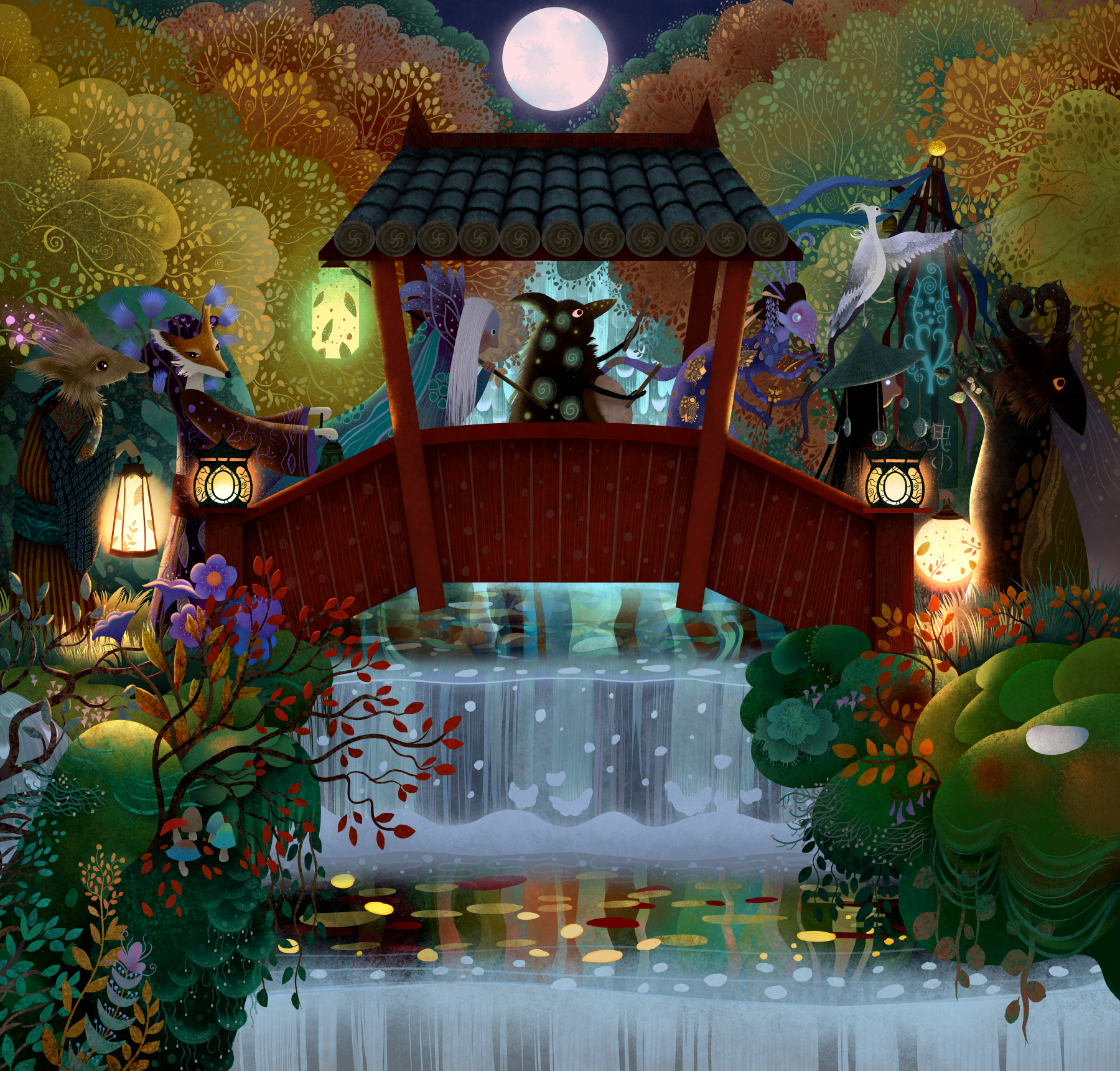 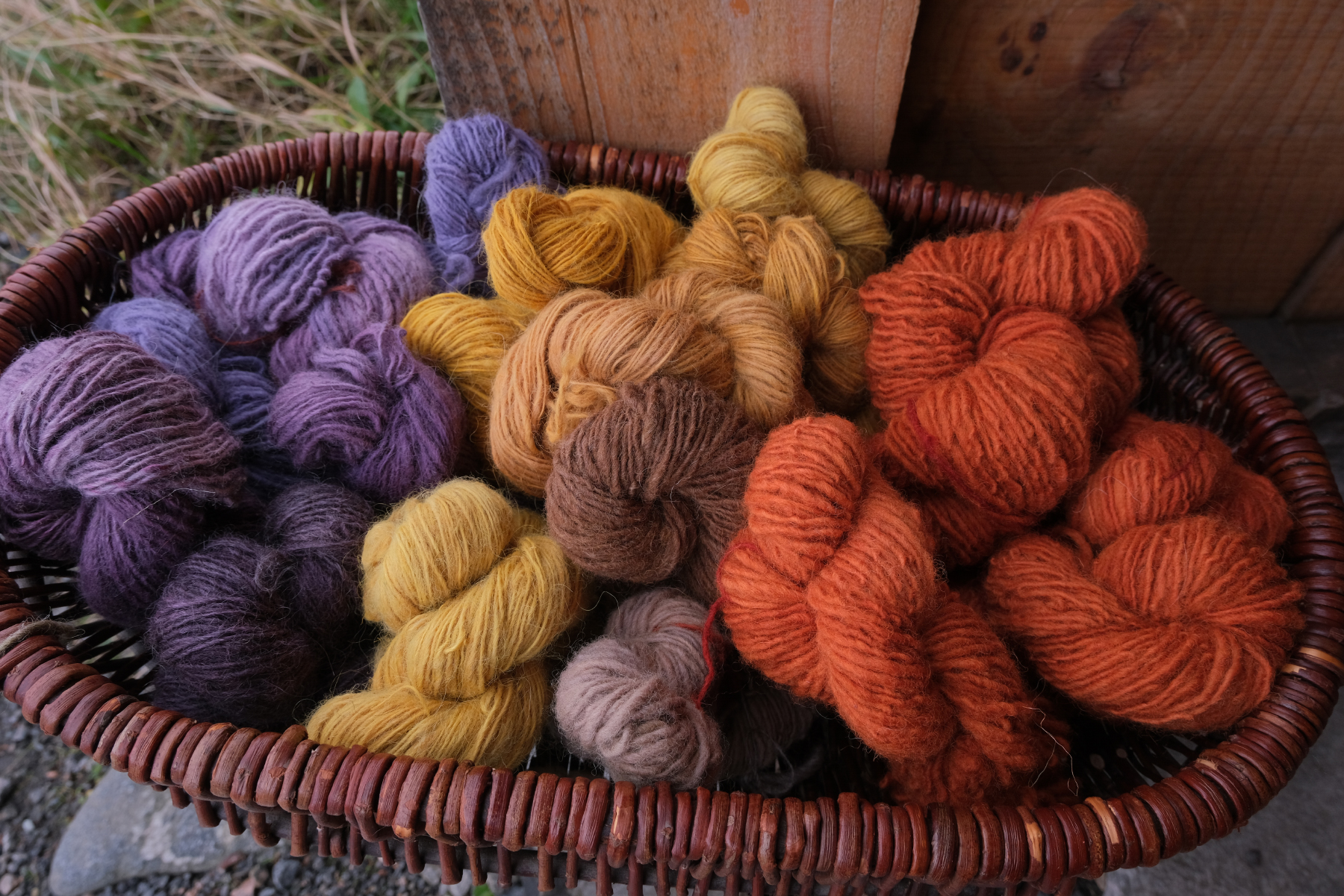 I had to try dyeing with madder. Unfortunately, the powder I got was way too old, so I got orange instead of red. Still nice though. Blueberry and onion skin dyes as well in the basket.