I was going to make a diorama for Yule, but I started too late. Nevertheless, it will be a seasonal diorama. It will be quite big, perhaps 60 cm high. I started painting it with mixed media, it is now well on its way to be finished. I’m having loads of fun with ink pads, watercolour pens, coloured pencils, glitter, embossing powders and all kind of (legal) powders! 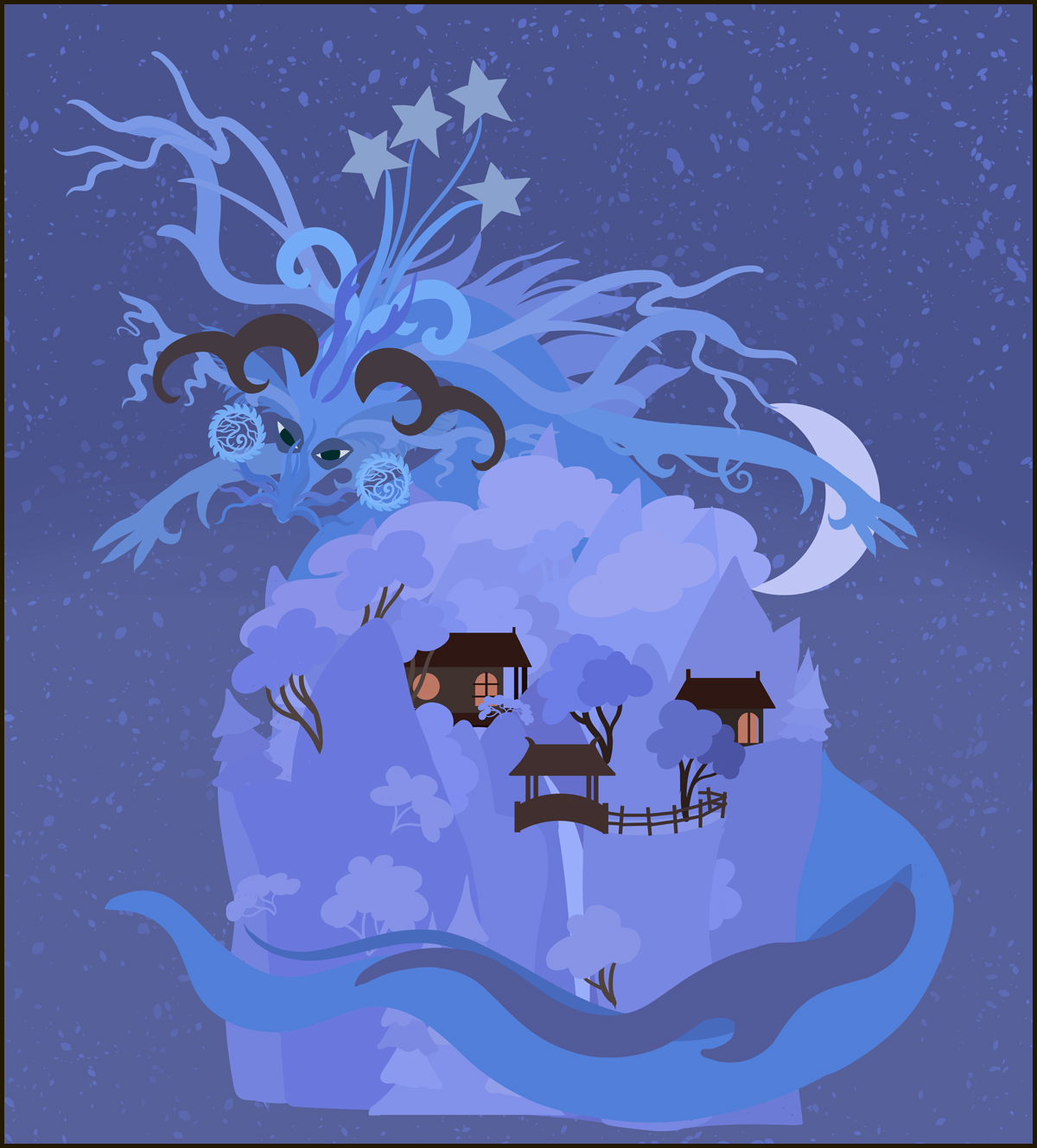 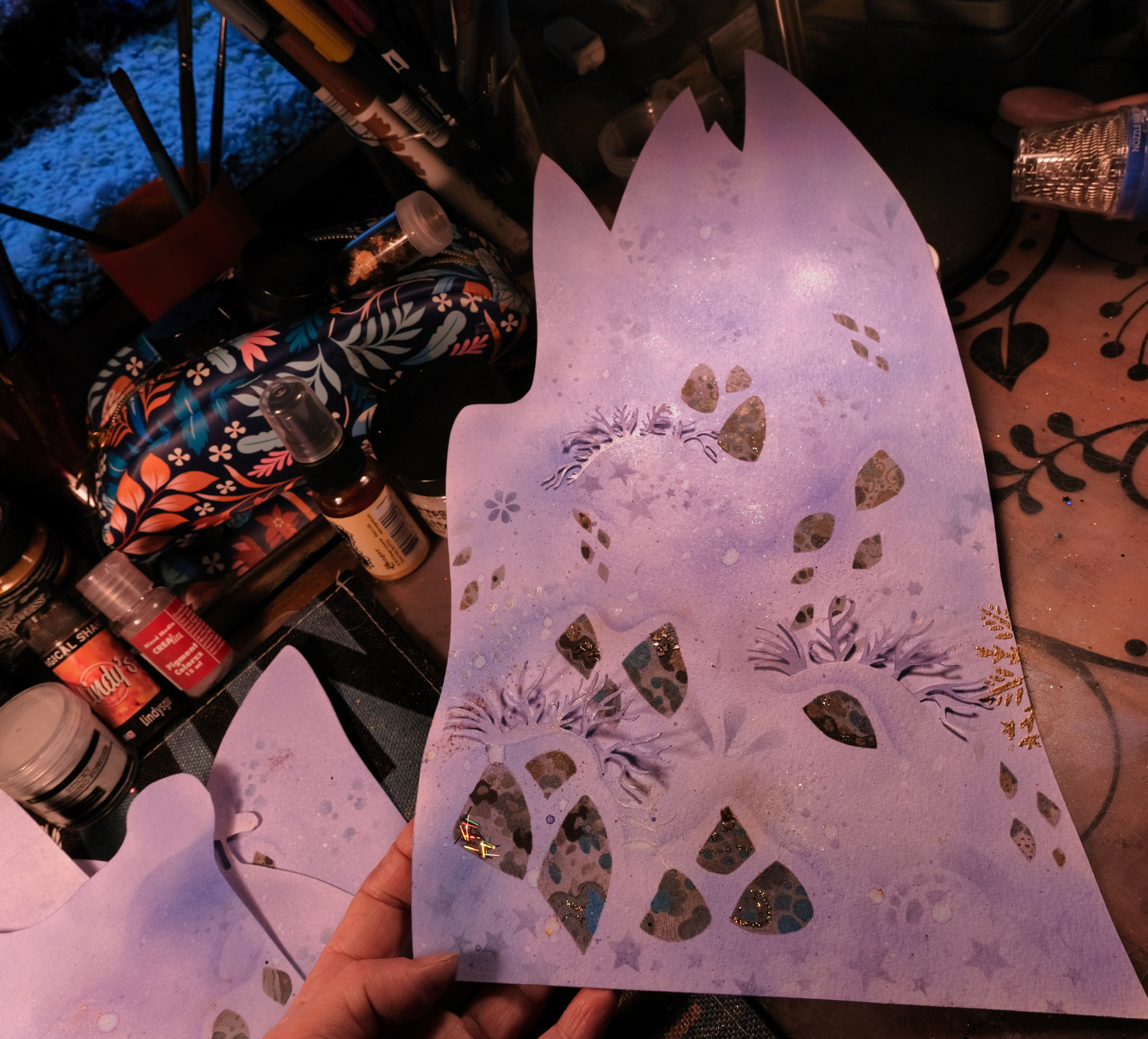 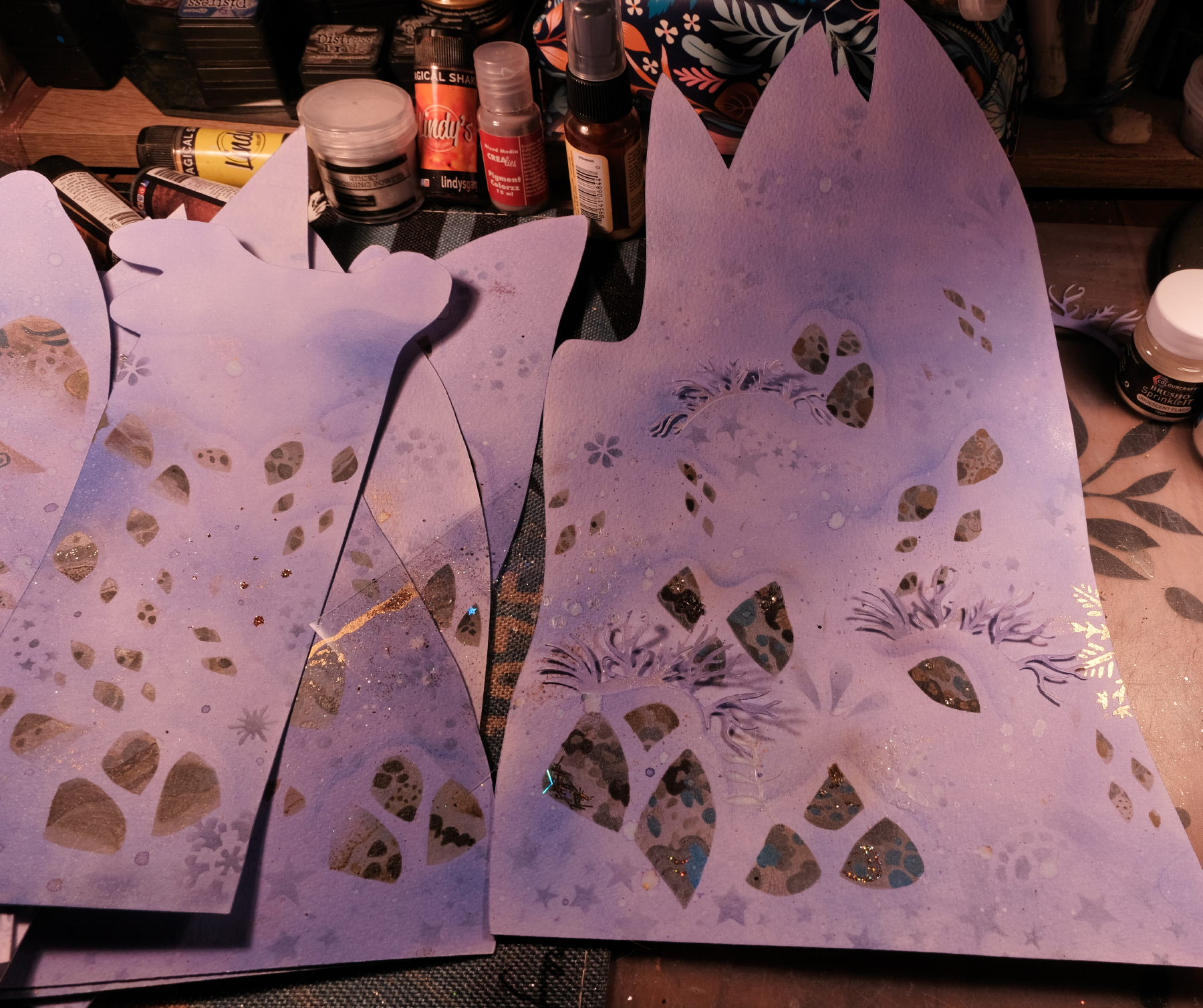 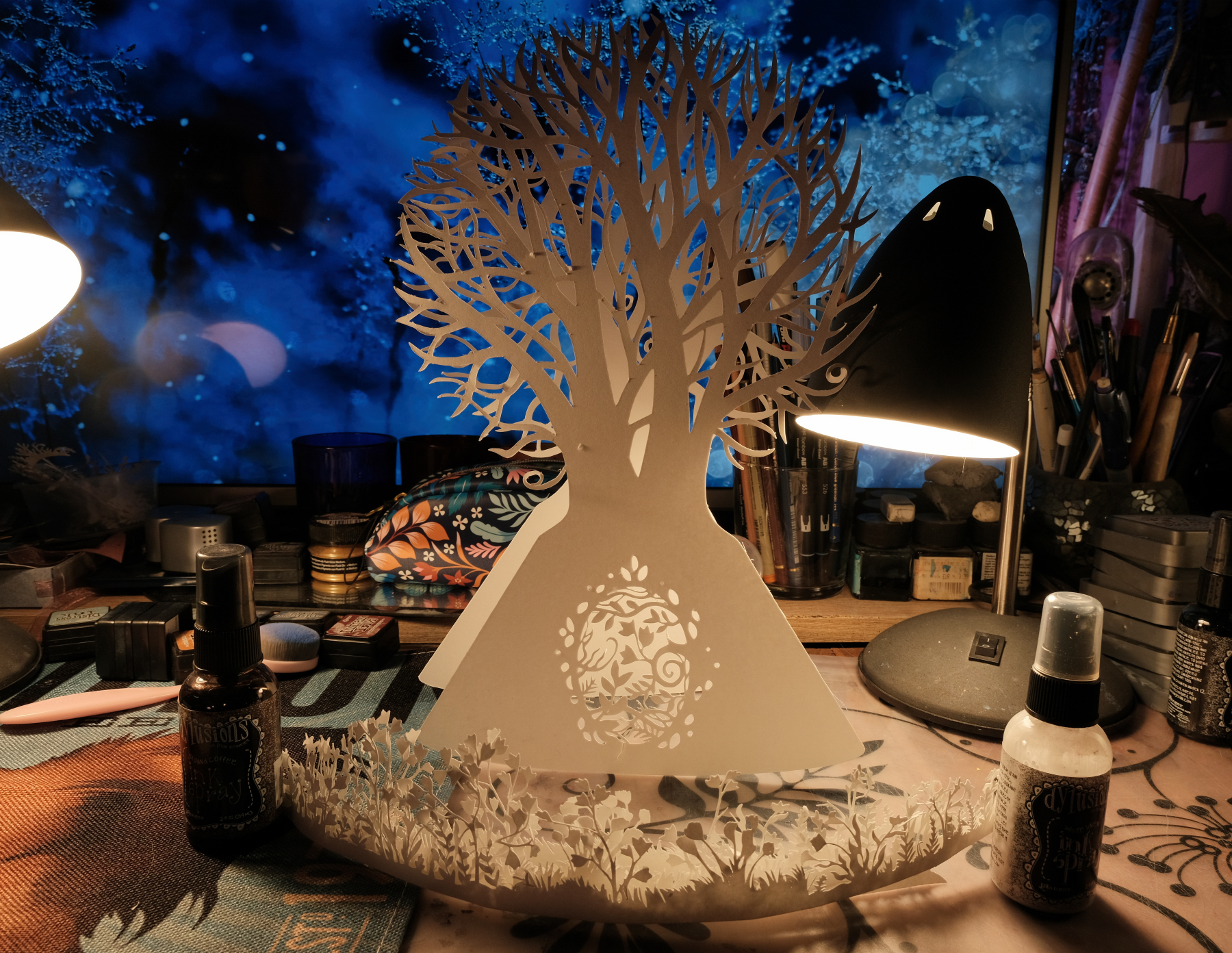 Merry Solstice! Although that was a few days ago. I haven’t posted for a while. The last pictures I took, the sun was still shining and then we went into the polar night but the weather has been fantastic with a lot of snow and Northern lights!

This is a diorama I created for a friend’s Yule, she paints too and she wanted one of my pixies, so I also created a setting, a sacred tree, a sanctuary and many birds. There are many other bits which aren’t on the picture. I also included a few little wheel looms. I’m eager to see how she will paint all of this. The tree is in two parts which can be glued together with enough space in between for a fairy lights string. 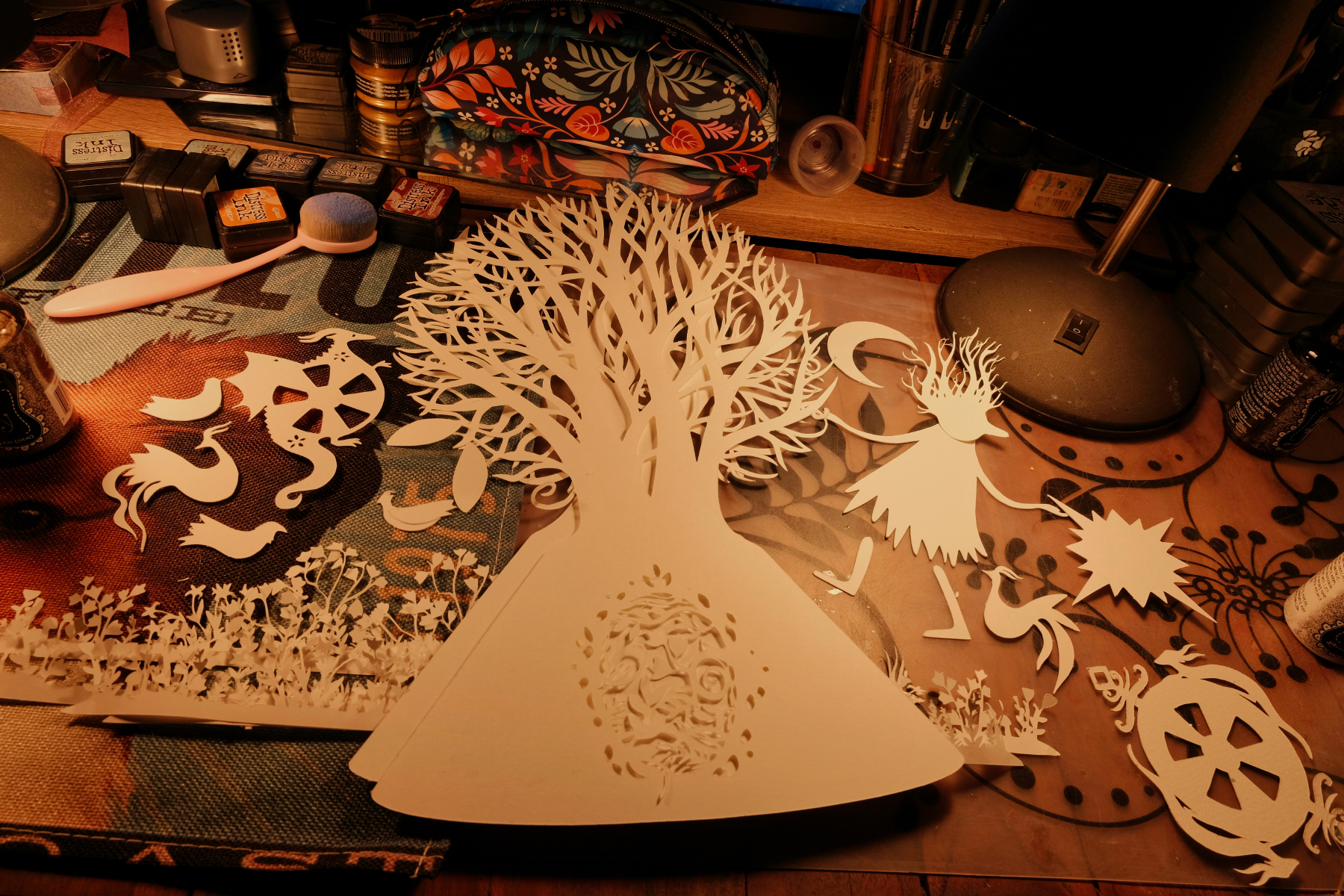 The last frosty days and rays of sunlight: 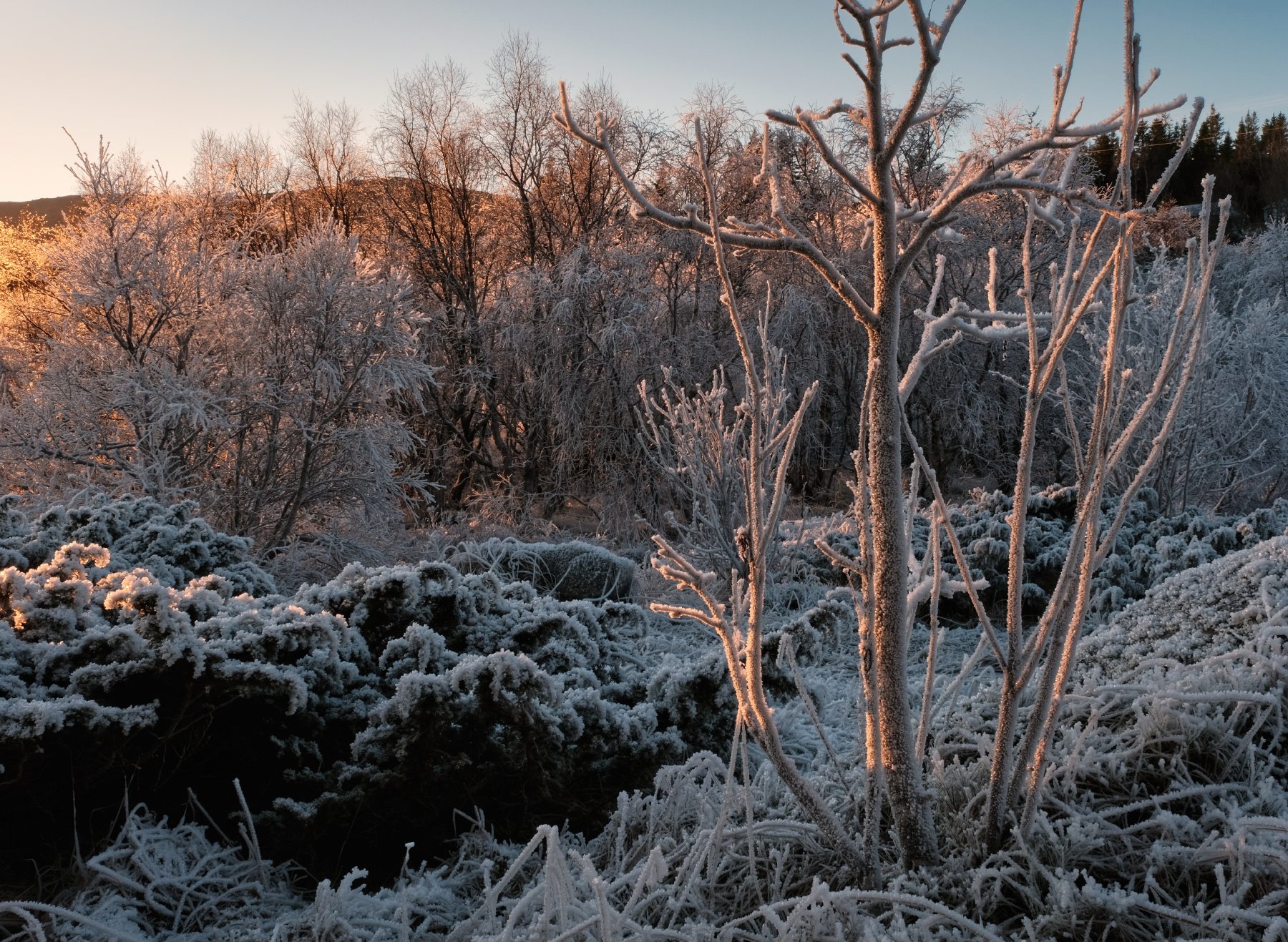 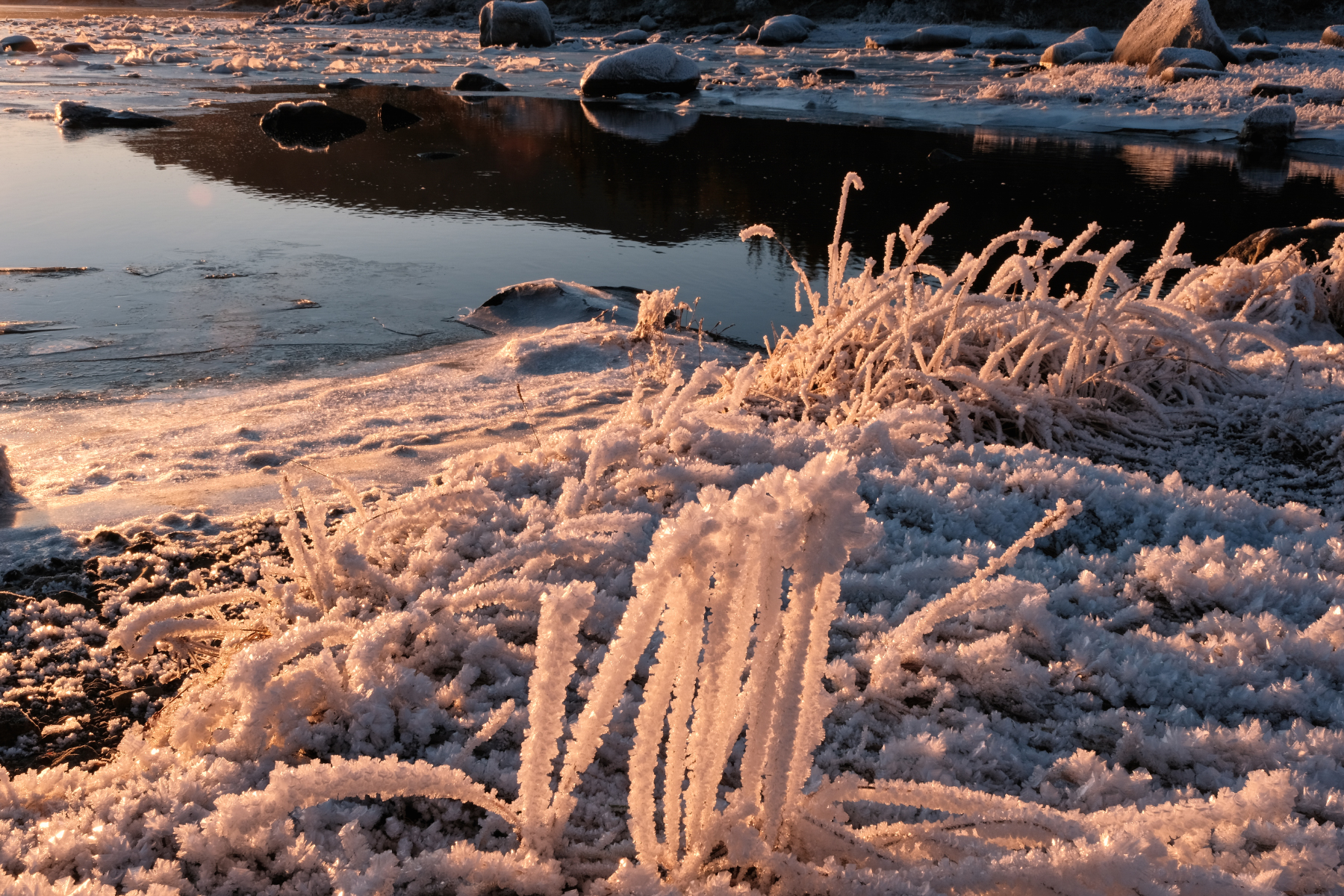 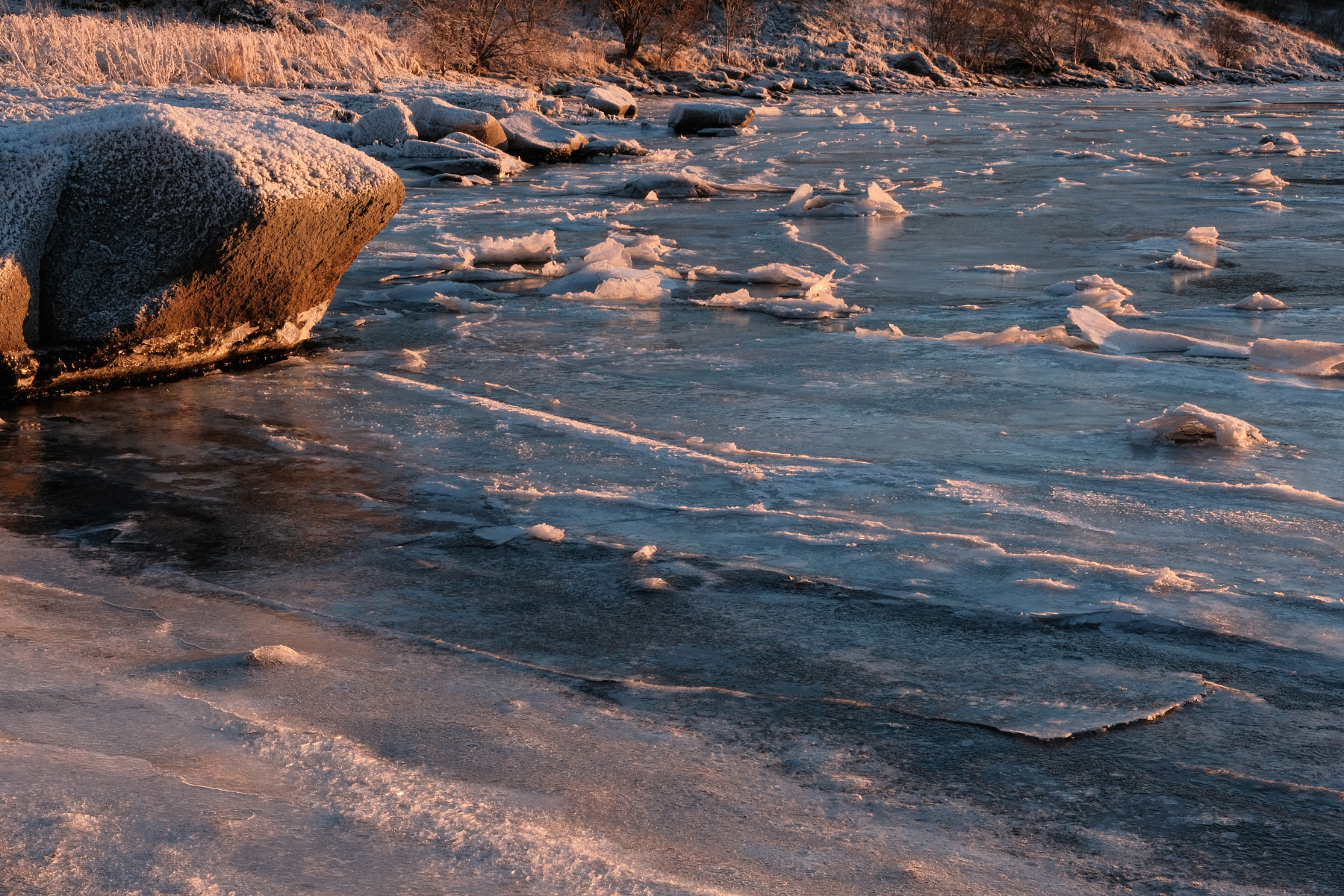 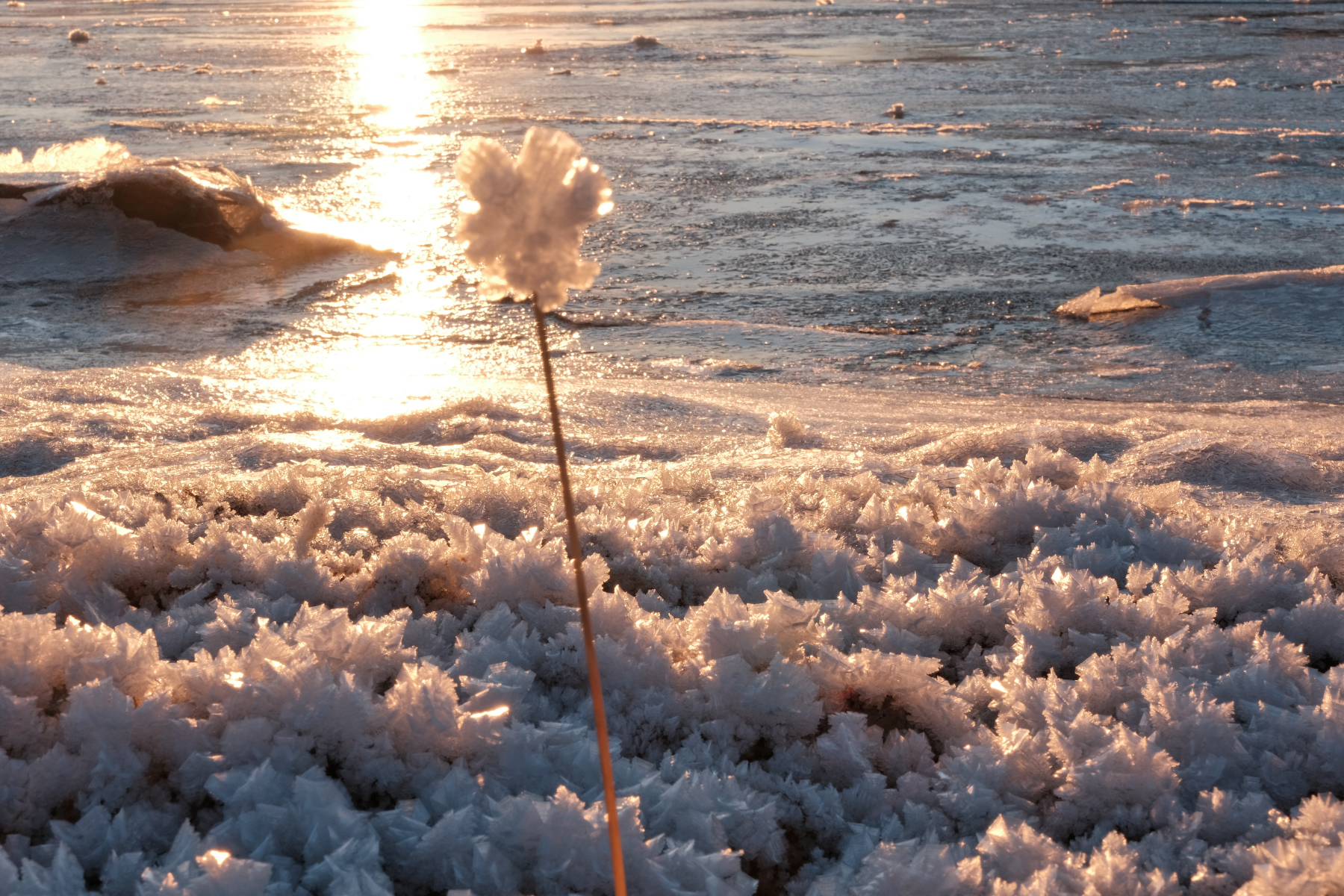 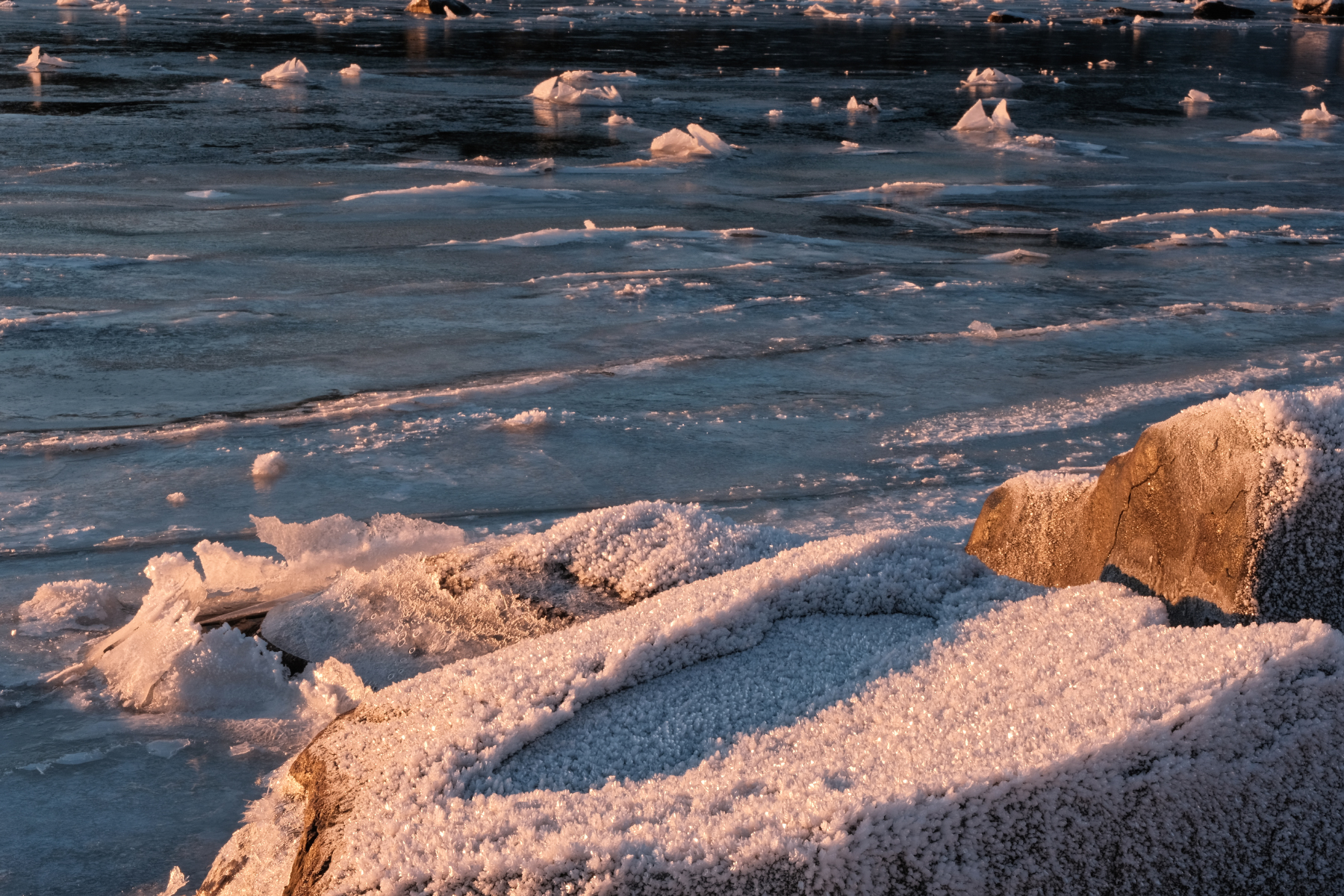 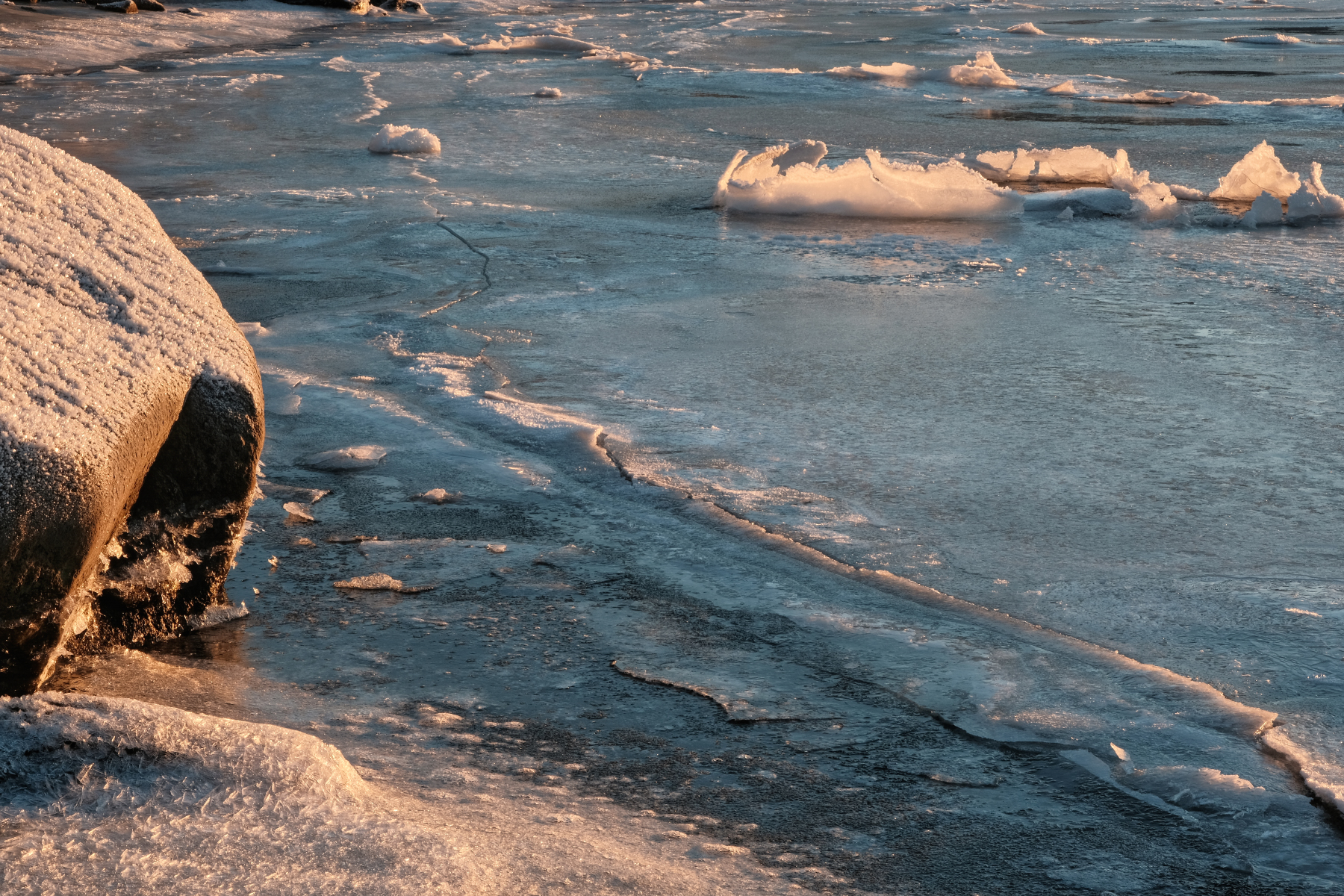 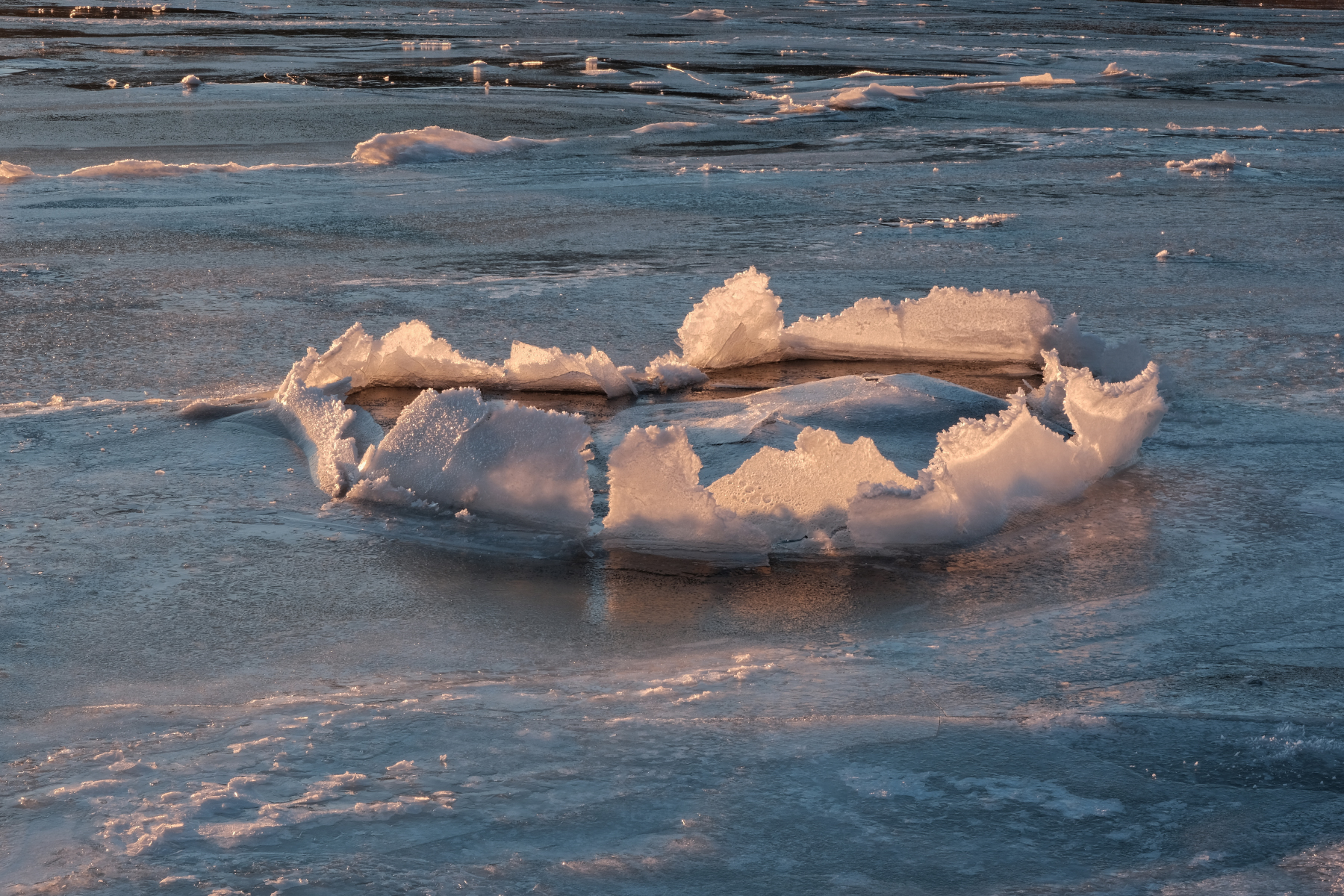 The Northern Lights from my bed. 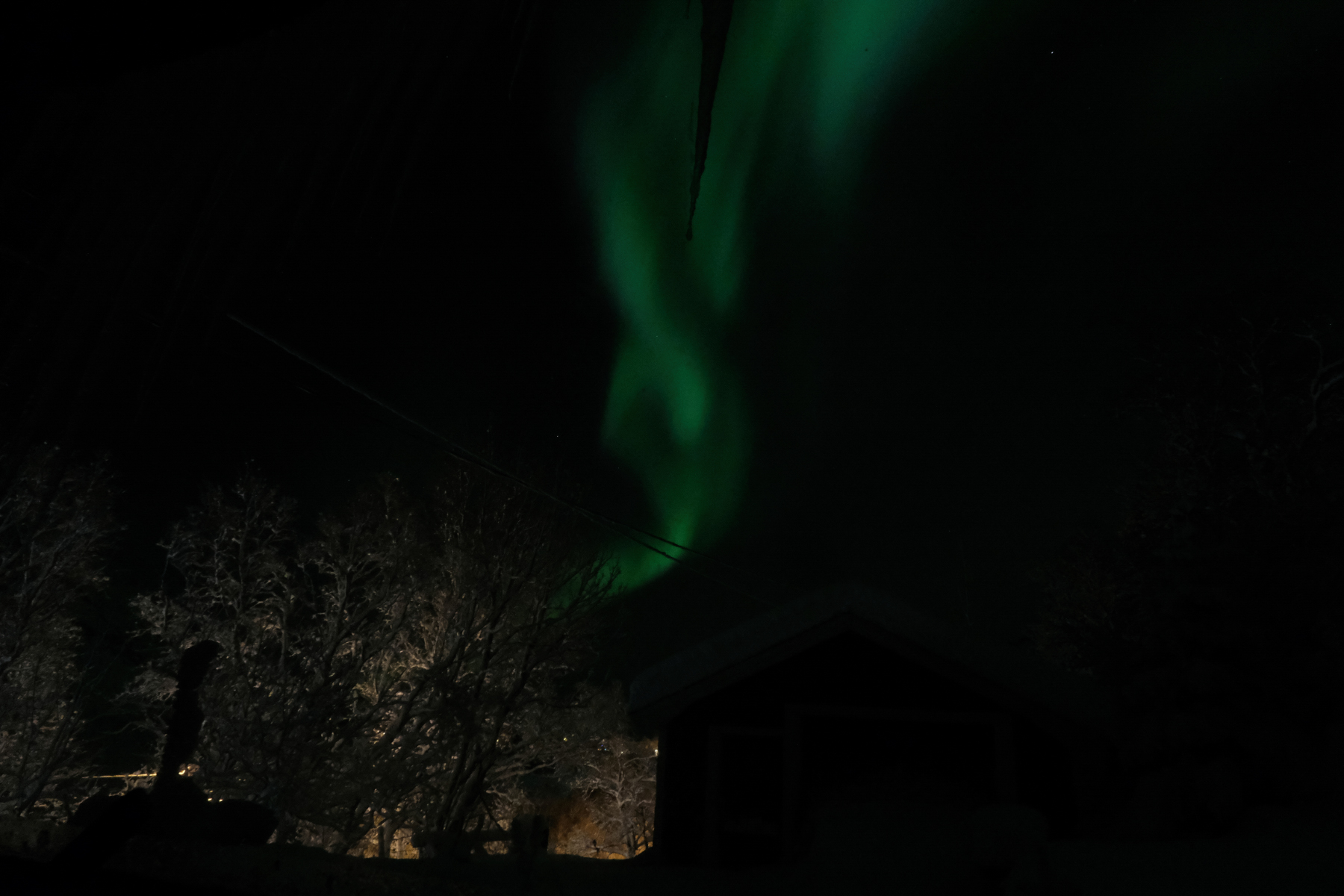 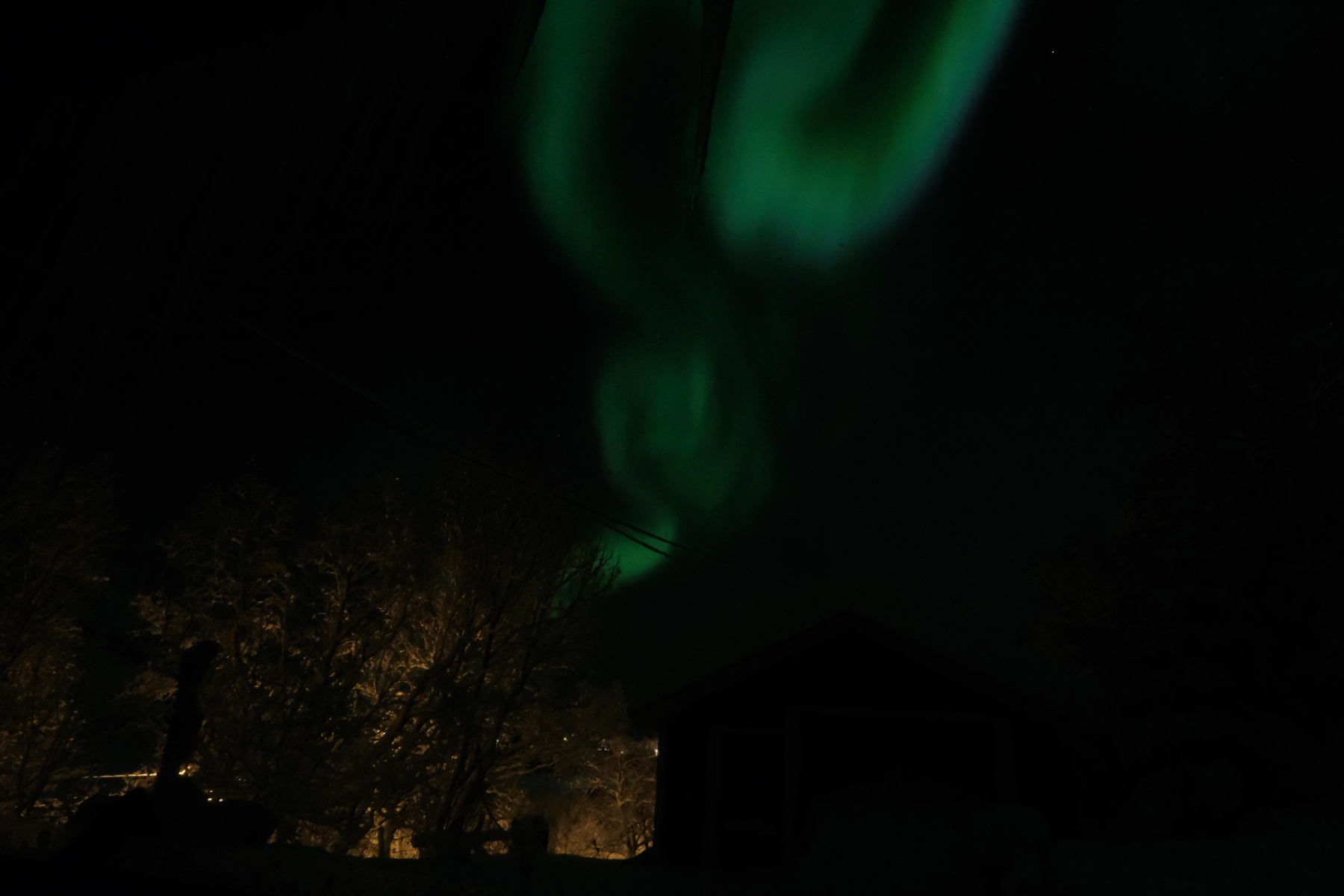 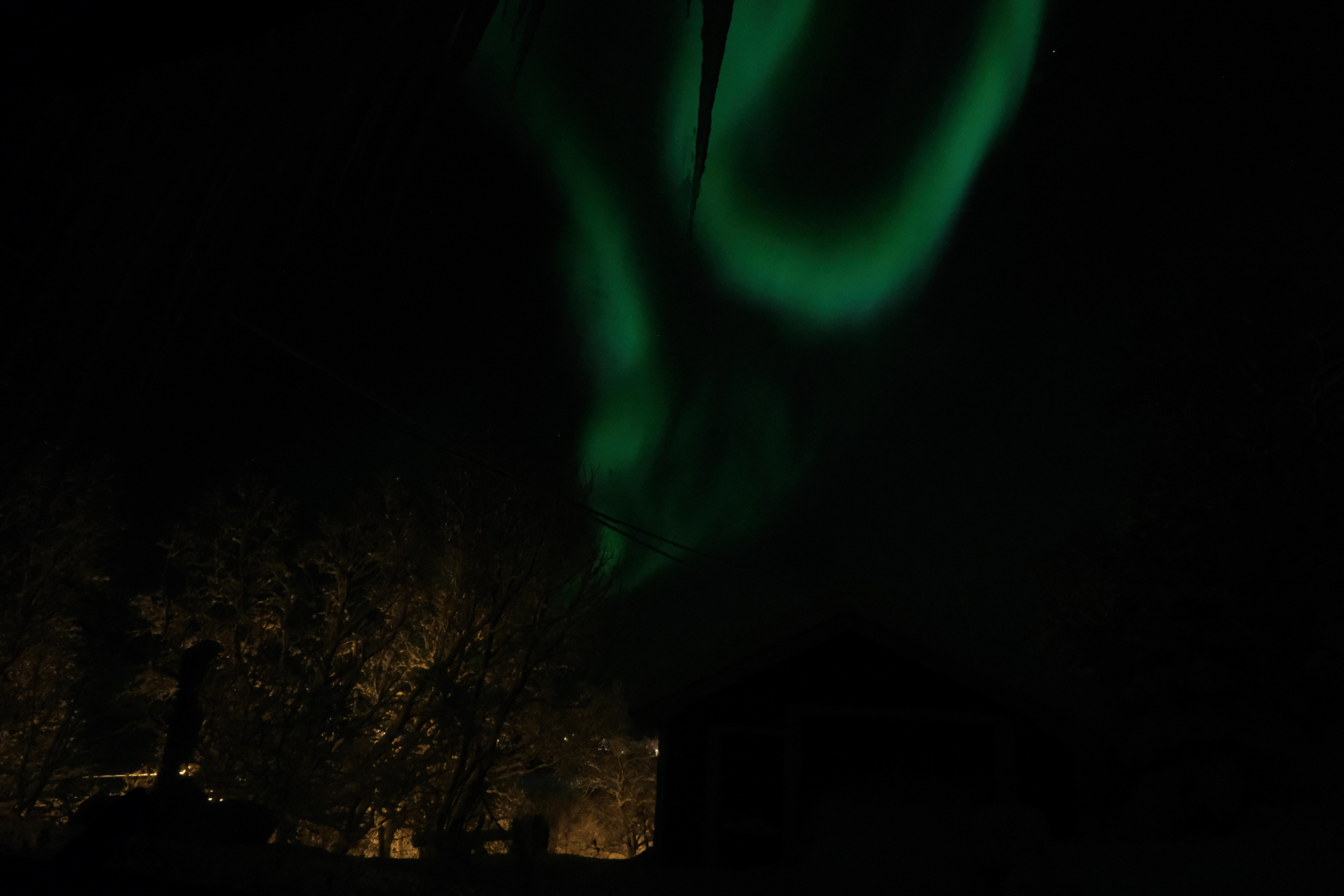 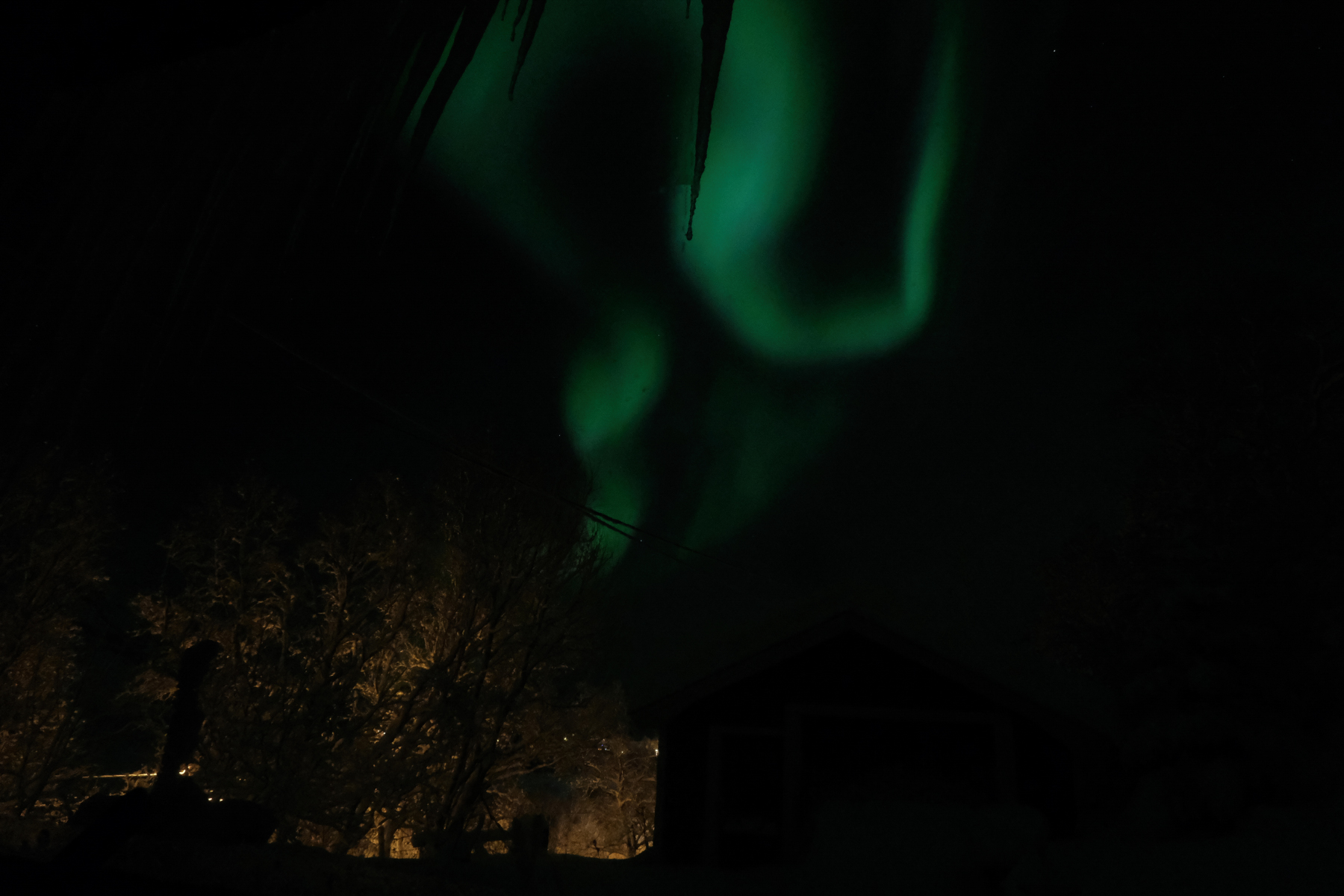 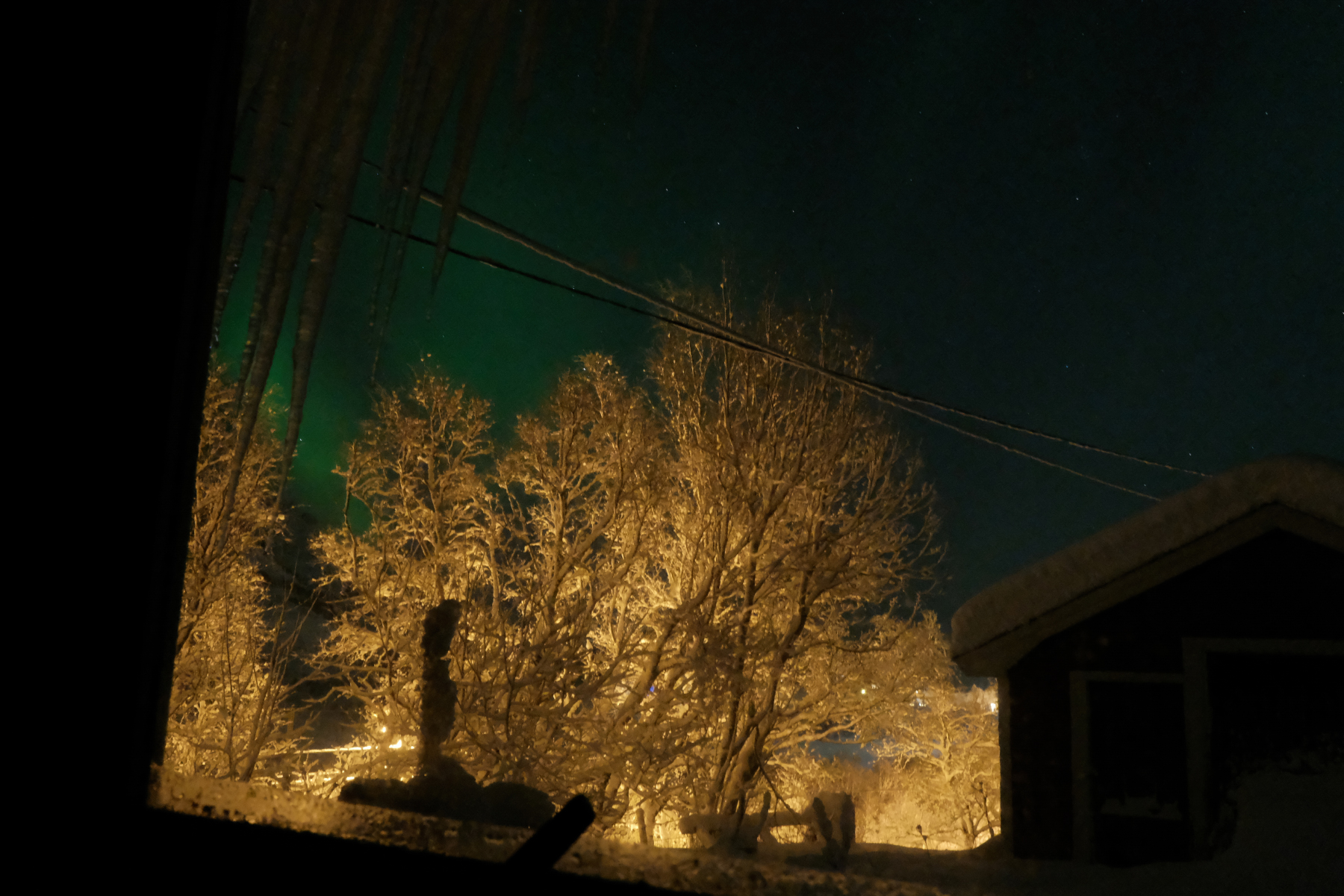 A very cosy polar night with loads of snow to bring us light.

I’m using every single craft supply I bought this year, watercolour pens, ink pads, colored pencils, fineliners, embossing powders, and glittery things. I can’t even say I’ve been too extravagant and that doesn’t bode well! But for the moment, I am content. I’m so looking forward to working on all the little parts of my Dragon scrapbooked pocket. Such a great adventure! 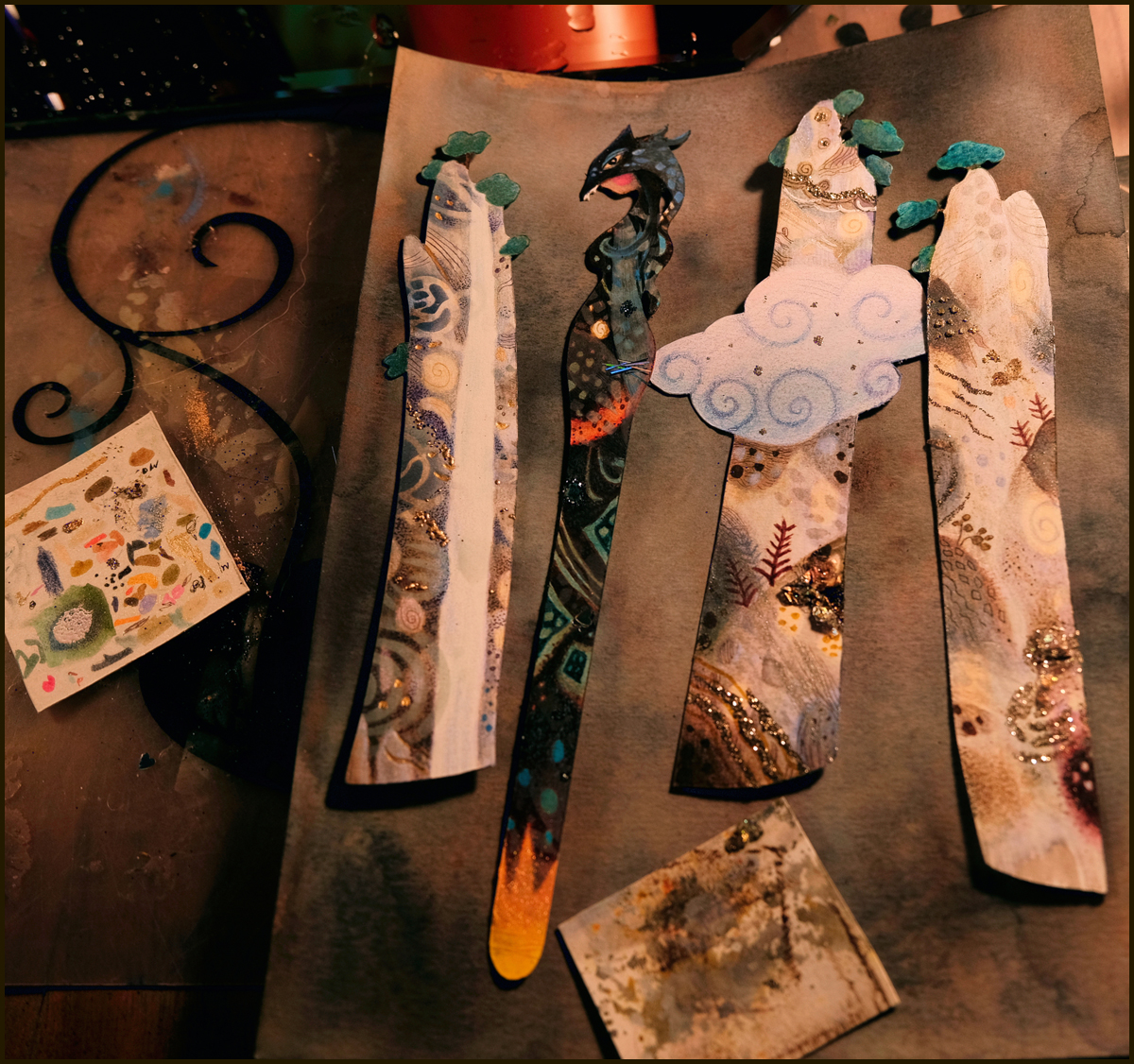 And now, the latest dream!

First, I dreamed I was in an airport and I was helping a little girl to find the right gateway. An air hostess joined us and helped us. I don’t remember what happened but when we parted, the air hostess and I had tears of gratitude in our eyes.
Then I dreamed I was moving into a big house. It had to be renovated but I had decided to do it bit by bit, starting with the ground floor/cellar. It was also haunted. It was a bit dark but I slept allright. Some friends came over and at some point, one of them came to me, freaking out. He said there was a hand holding a knife in the air. I went to see and indeed, there in the air was the hand holding the knife. I said to my friends: ” now, you have seen something awesome, you can believe that everything is possible”. I took the knife, patted the hand and put it at rest some place.
I thought it was time to conquer a bit more of my house and looked at a dark corridor, feeling slightly put off. I rested my forehead against the wall and talked to the House “House, I’m going to inhabit you, but at my own pace and yours too. In mutual respect”, and I went deeper into the corridor. At the end, there was a little room which gave a medieval vibe. There was even a life size figure of a knight in armour on his steed. He was also very much alive. Facing a portrait of himself, he would get irritated and started arguing with it. The first thing I did was to move the portrait so he wouldn’t have to face it. Then, the knight calmed down.
There were several openings. In one of them came a long row of horse heads. They were eating, with purring cats massaging their heads. The horses were delighted. I thought “what a strange arrangement!”. In the other opening came a goat. I said “Oh, come in, lovely!”. So she came in, but also followed by a whole herd! That was not manageable. So, I took the goat out and the herd followed. Outside, I found myself high on the mountains, with grasslands everywhere. I met two friendly shepherds, went for a little walk with them and came back home after a nice chat.
I discovered behind a leather armchair a smithy. I thought ” that’s interesting…”. I rearranged the cushions on the chair and looked around. I thought, with a bit of work, you could make nearly anything cosy. The walls were a lugubrious grey but there was no way I was going to paint over them. I loved rocks too much for that. Instead, I thought I could add some red hangings here and there. I made my bed in this newly conquered place and was woken up by a presence. It was an old friend from old times. He’s from Quebec and he’s very frank, which I find refreshing when it comes from someone who means well. He said ” Why did you move in this house? It’s horrible!” I said “I know. But I intend to renovate it bit by bit. Bit by bit, I’ll make my way to the top”. He said “You could at least paint the walls in black or something!” I replied “In … black??? Are you mad?” and then, I said “C’mon, I will take you on a tour of the house”.
We went further into the corridor and found a big fireplace. Straight after, there was a staircase and the first floor, although in need of renovation, was enchanting. It was a very spacious room and one of the walls was just a big projecting window with the view of a beautiful mountain. The second floor was huge. It was a sort of terrace with different levels and the walls were entirely made of bay windows. I could have opened a restaurant there, but of course it was going to be a workshop.
My house was at the edge of a big circular public place bordered by shops and tearooms. It connected to a network of pathways built on aqueducts that meandered through beautiful patches of trees. I was looking forward to going for walks here in all sorts of light and season. Right now, the sun was shining and my friend and I were hugging. He said “OH, I almost forgot!” He had a gift for me from the air hostess. It was a little bag full of beautiful minerals.