Priestess of the Otherworld and the Pied Piper

I dreamed I had discovered the entrance to the Otherworld and I was taking some people there. To go in there, you needed a small book (to take notes?) and a flute to ward off unwanted influences (mostly ourselves, since we are often our own worst enemies). There was something wrong with the ordinary plane, so few resources of any kind. It was bleak and unwelcoming. These people sought refuge. Exploring the Otherworld was so exciting, it was indeed full of resources and very welcoming. It was tailored to our needs.
I don’t remember the first trips there but I remember the last one. We had gathered in a derelict barn on a hill, we were waiting for all our other soul companions, but it turned out they were already by the entrance to the Otherworld, which was situated in a cave. We rushed there. I realised I had lost my tools—the book and flute—but I was surprised to find they couldn’t be lost, they always came back to the gate to the Otherworld, waiting for me. I picked up my flute and said it was mine, but then I saw there was this tortoise shaped ocarina and I gave it a try. There were 8 or 10 holes and the music was beautiful, so eerie. I am no musician, but with this flute, it all came naturally to me. This flute was made for my soul. So I chose it. The others had left already, so I followed a path. And encountered a wall. I went through it without a moment of hesitation and the sensation was peculiar, like going through some insanely thin paper that just crackled but didn’t break. On the other side, I discovered I was on the forested slope of a mountain and I could see the others ahead. I walked side by side with a nice little lady, everything was so lovely and peaceful. Beyond a hill, we faced a breathtakingly beautiful landscape. it was a coast of steep snowy mountains (just like Lofoten) and the path took us down along the shore where small playing waves licked our feet.
Later on, I was back on the ordinary plane and I was walking in a town, heading towards a new gate I had discovered. In the dream, there was something about me lately which compelled people in the streets to make fun of me. I encountered a group of them who nicknamed me the “priestess”. Like there was something funny and pejorative. I am no priestess, but maybe, in this dream, I was, because I took care of a community. But in the end, they were able to take care of themselves and that was a very good thing.
A week ago, I had a very similar dream. Except, I was no leader at any point, but I was with a leader . We ran up the stairs to the attic of a house where the gate to the Otherworld was. We were pursued, but it was fun and exciting. And the possibility of escaping to the Otherword was just… fantastic! We easily entered this Otherword and our pursuers could never find us. 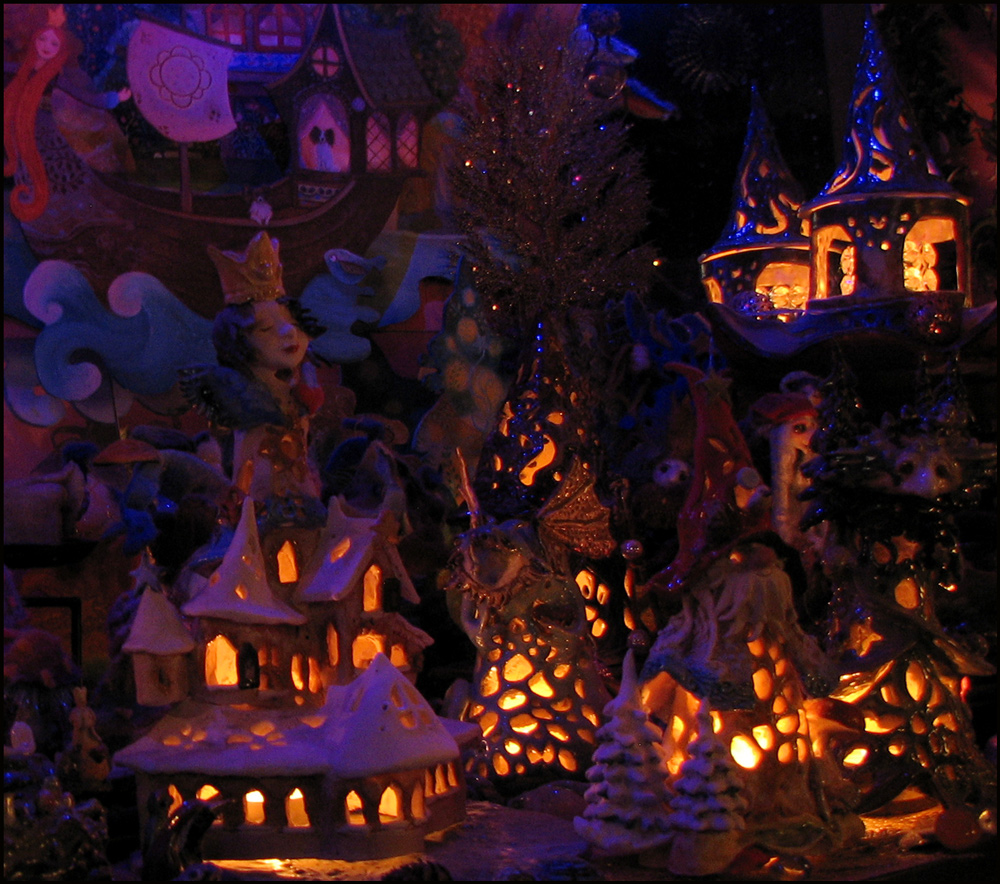 Not in English, sorry.

It is here again! 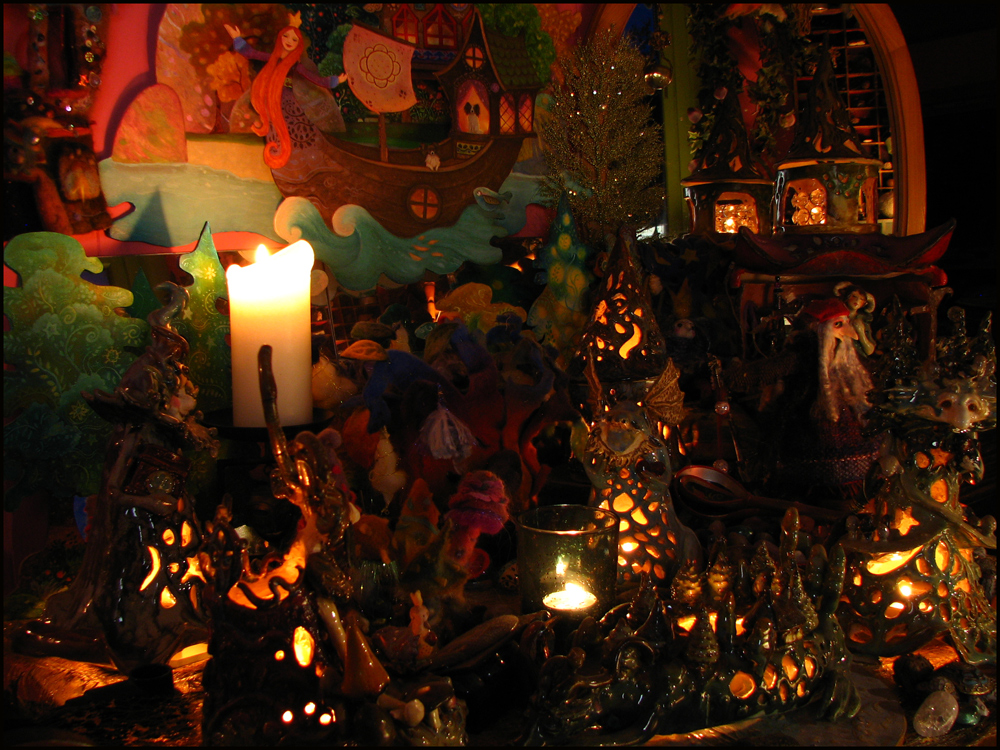 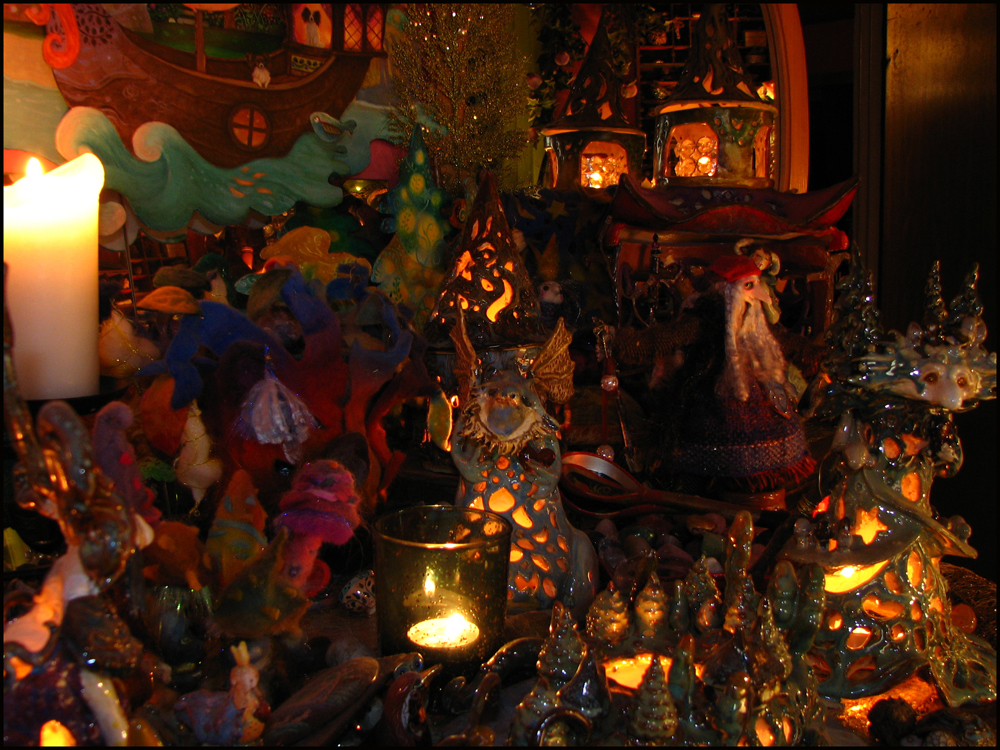 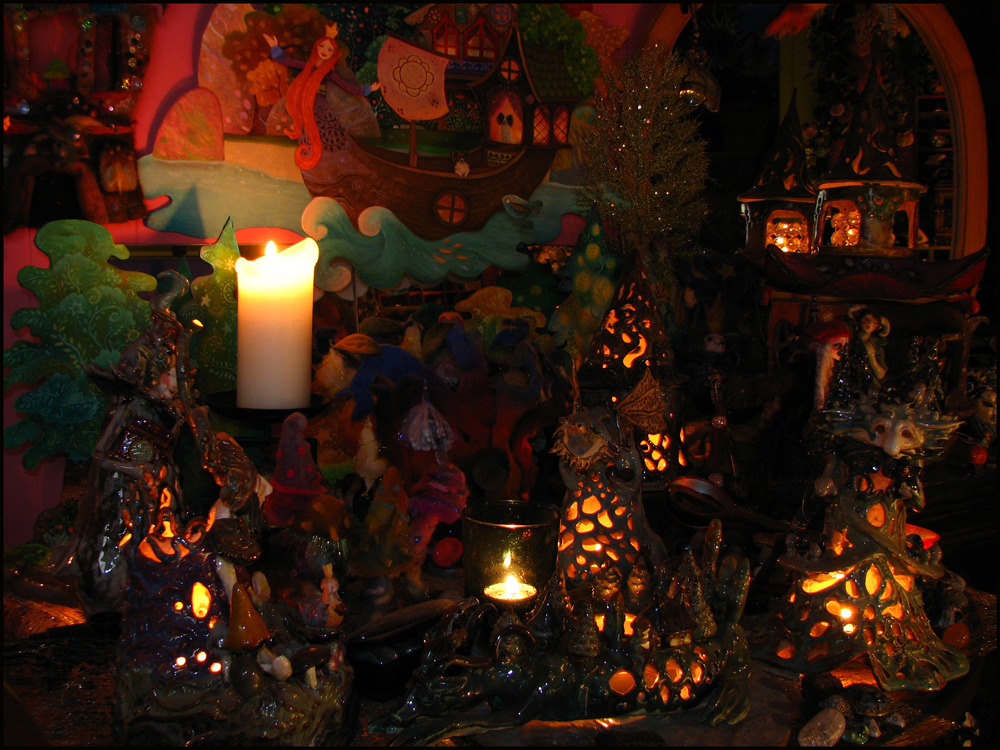 A chocolate crumb sits beneath a sabayon-based, Cointreau-chocolate cheesecake covered in a dark chocolate mirror glaze, topped with a disc of rum mascarpone cream. 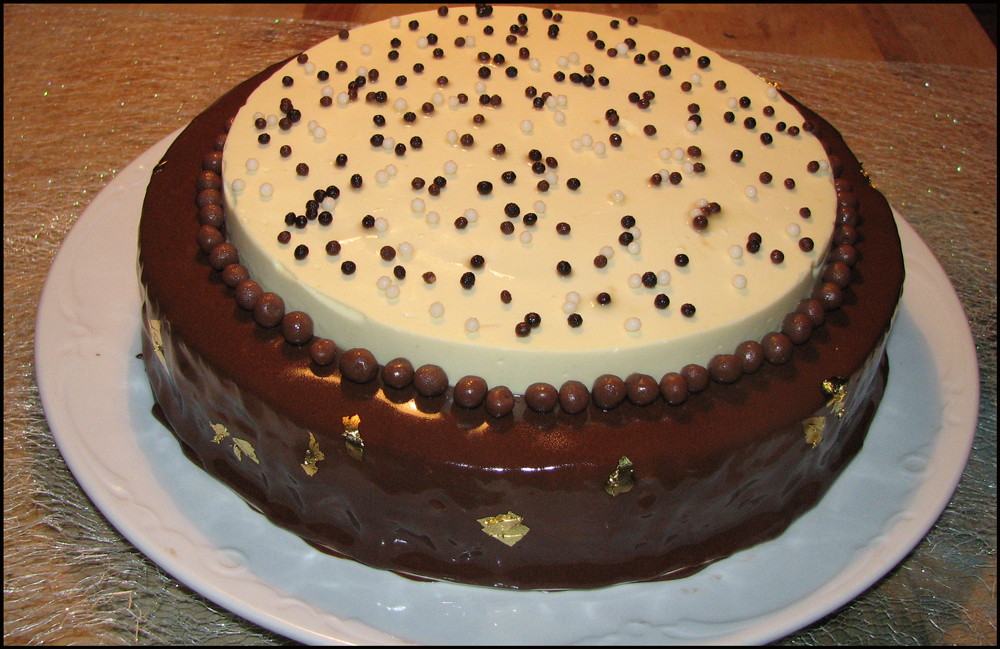 Yule Tree with Christmas card behind

Every year, it’s the same. I could spend hours just watching this tree. 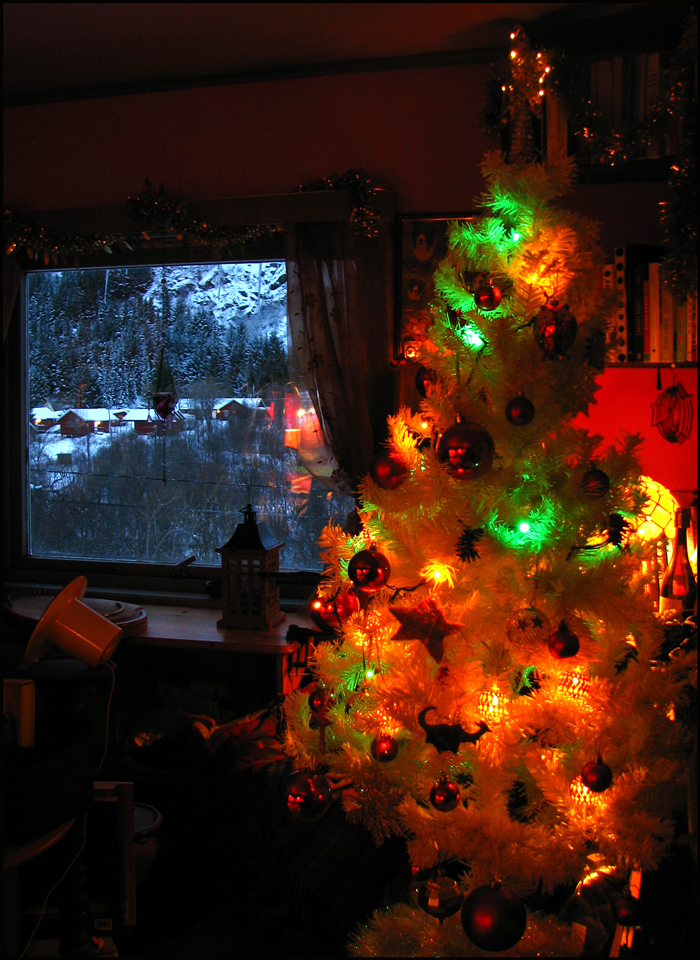 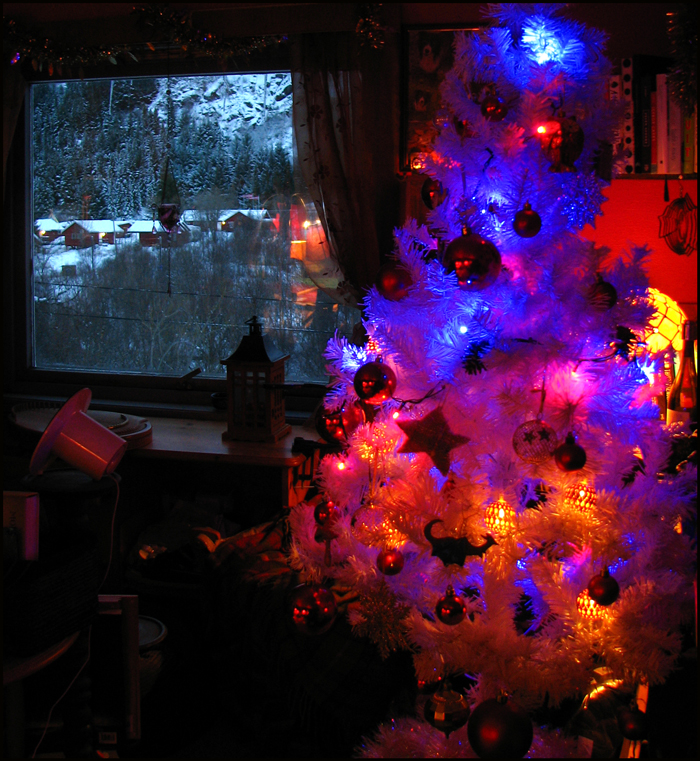