Traduction Française ici
My my… what can I say? It didn’t go according to plan. The clay work was great, tremendous  fun as usual. And then I applied the underglazes, boring stuff since I don’t particularly like painting with sly and greyish colours which reveal their true nature only after having been fired. I fired (1040) and then I applied the transparent glaze. Three layers as usual. Actually, one layer would have been more than enough. I fired at 1240 and all the underglazes were either faded or far too dark. And on top of this horror, the glaze was really thick, bubbling and milky. I refired and it didn’t really improve. All my intricate carvings were lost under the cloudy glaze. All gone. And then, I had these overglazes, you see, and I thought no matter what I’m going to rescue my pieces. I didn’t. The paints turned out either far too subtle to be noticeable or worse, they bubbled like mad. I fired twice adding more overglazes each time. And then… I gave up.

So now, I would like to paint over this big piece with oils because I put so much work on it and I can’t stand looking at it. I think I might just do that. But I can’t paint with oils over the lanterns, the oil’s going to burn. Of course, there’s always the option of buying some fireproof paints but I’m not going to do that. Failed is failed.

But I still want to save my soul-boat. Planning to travel on board. You know, the last journey, like the Oseberg lady or Bran the Navigator. 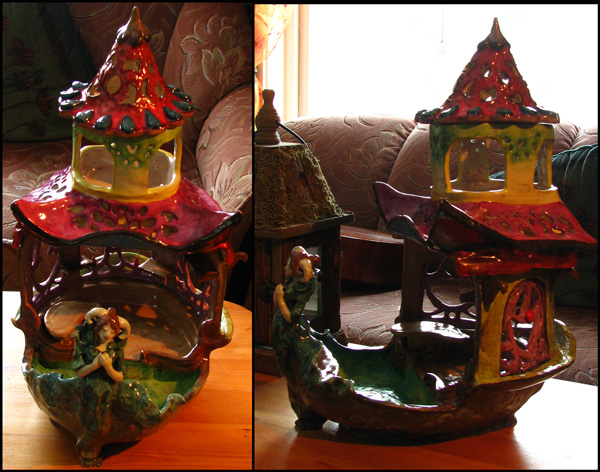 This cup is actually from two years ago but the crystal glazes had turned out wrong, so I decided to do something with the overglazes. Lots of (unintended) bubbles… Also the rhinestone doesn’t really fit because the cup shrank too much. It’s very hard to calculate… I like my goblin cup though. But it’s perhaps a bit too thin to contain hot tea. 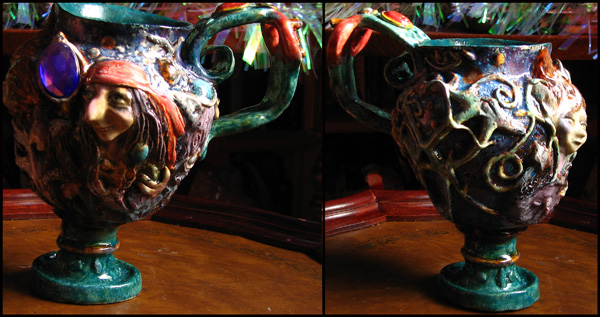 What a mess… I think next time, I give a try with some “abstract” glazes, perhaps the Opalescent glazes from Amaco which would be great for my intricate carvings. And control only the faces (with underglazes). 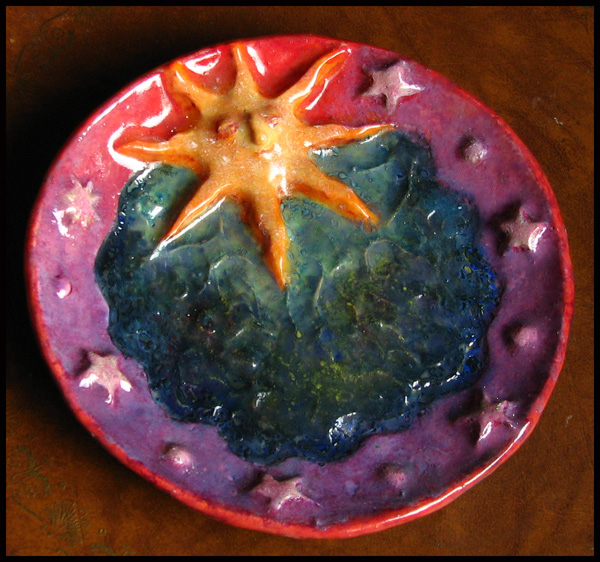 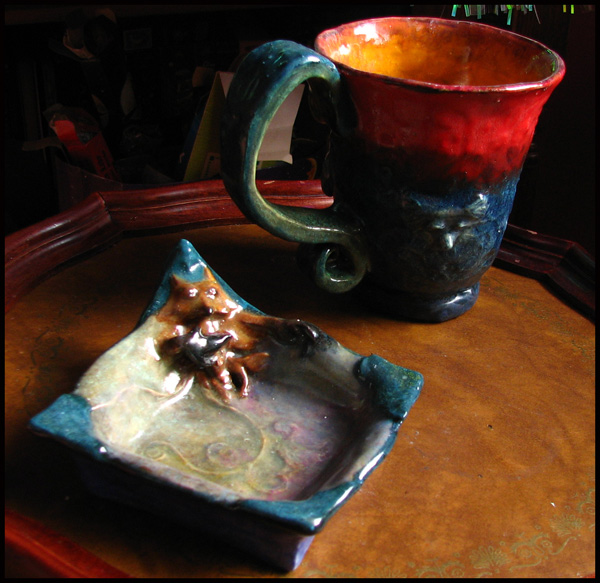 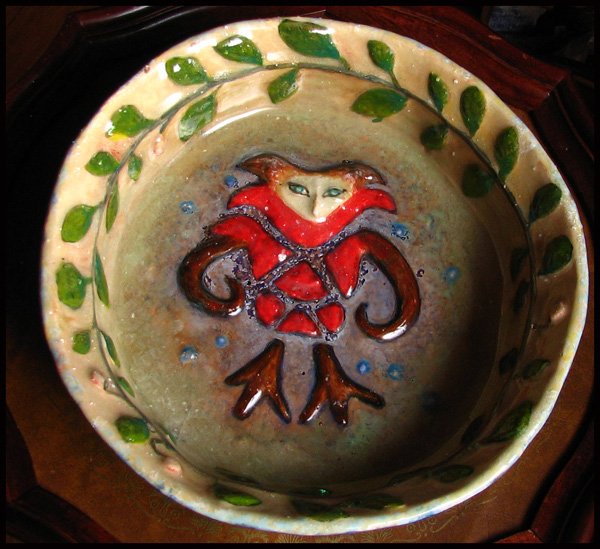 I’m completely mad about this little Cernunnos. Such a pity the overglaze turned so nasty. I will surely make others in that style, I have ideas by the million. I am actually very eager to give myself another chance, I can hardly wait to try something else and succeed at last. BUT, I also miss painting so I’m going to let it be for a little while and concentrate on my new project which will be 2D animation. I’m so excited about it it’s hard to not lose sleep over. 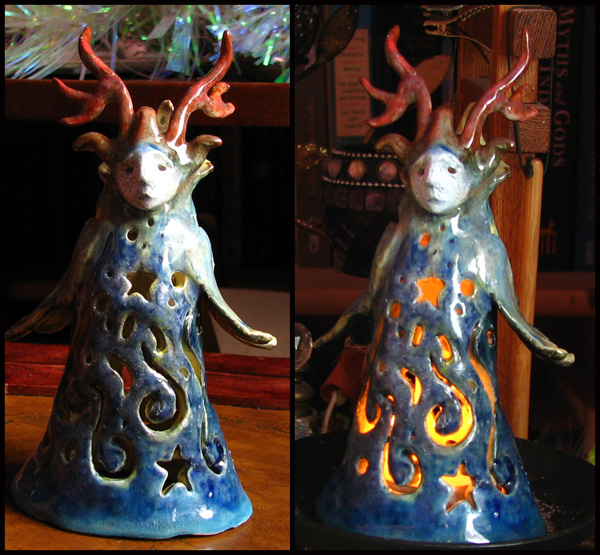 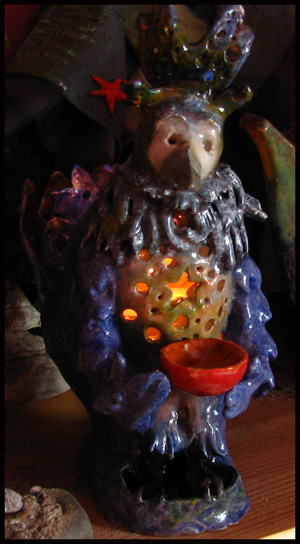 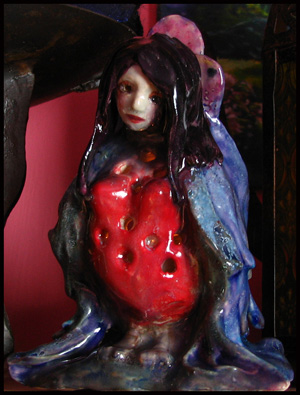