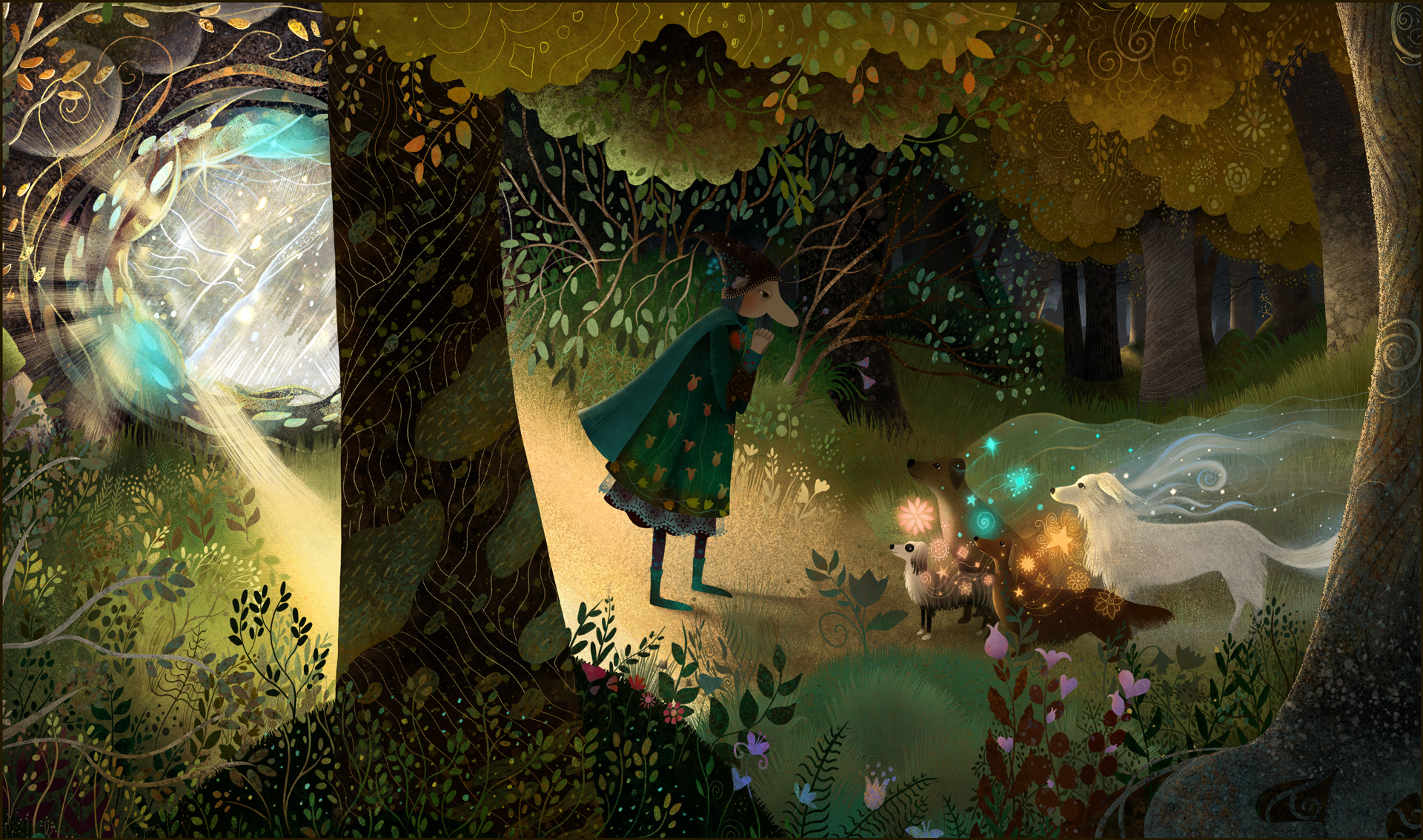 The Dog Keeper welcoming our beloved friends.
When my dear Loki died 6 years ago, in the evening, I saw him. He was so happy because he didn’t feel the pain any longer, he was feeling so fine and he looked at me, uncomprehending, he felt my (bottomless) sadness and wondered why I was not rejoicing. A few days later, I dreamed we were bathing together in the sea. I was so glad he came to visit me. The sun was shining and the water was crystal clear. I know he will be here for me one day, by the Goblins Portal. Wagging his tail. Bringing his ball at my feet. 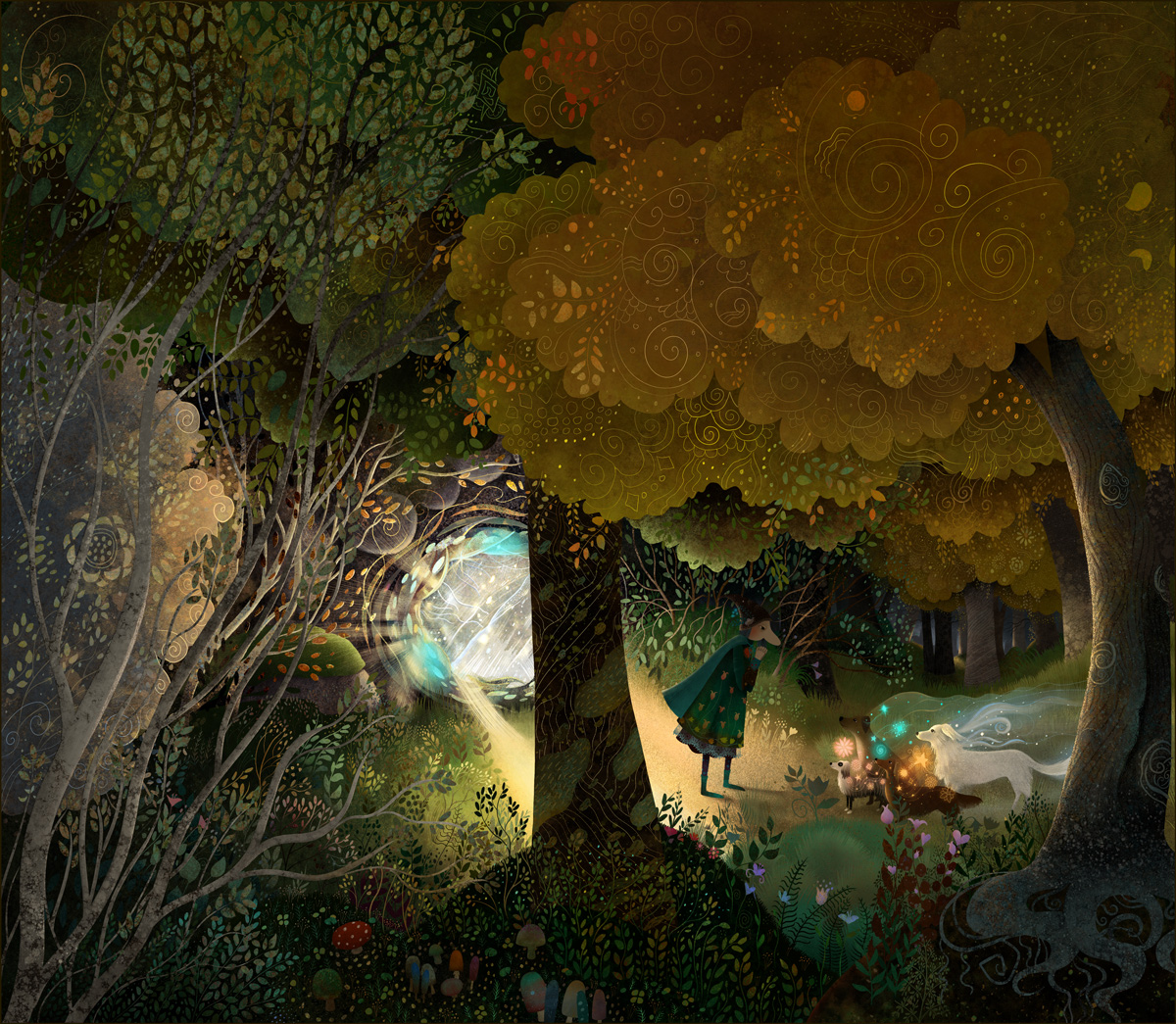 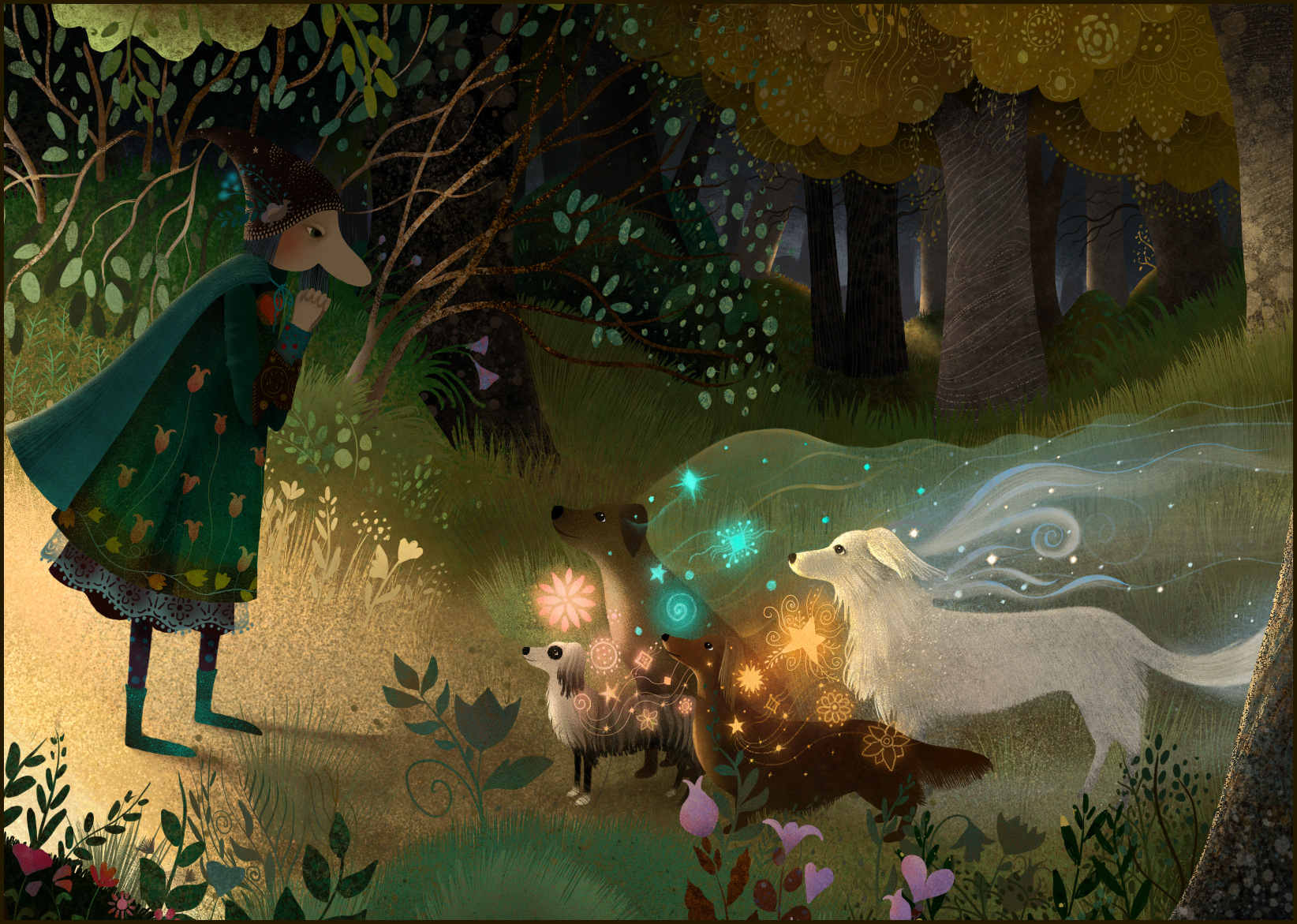 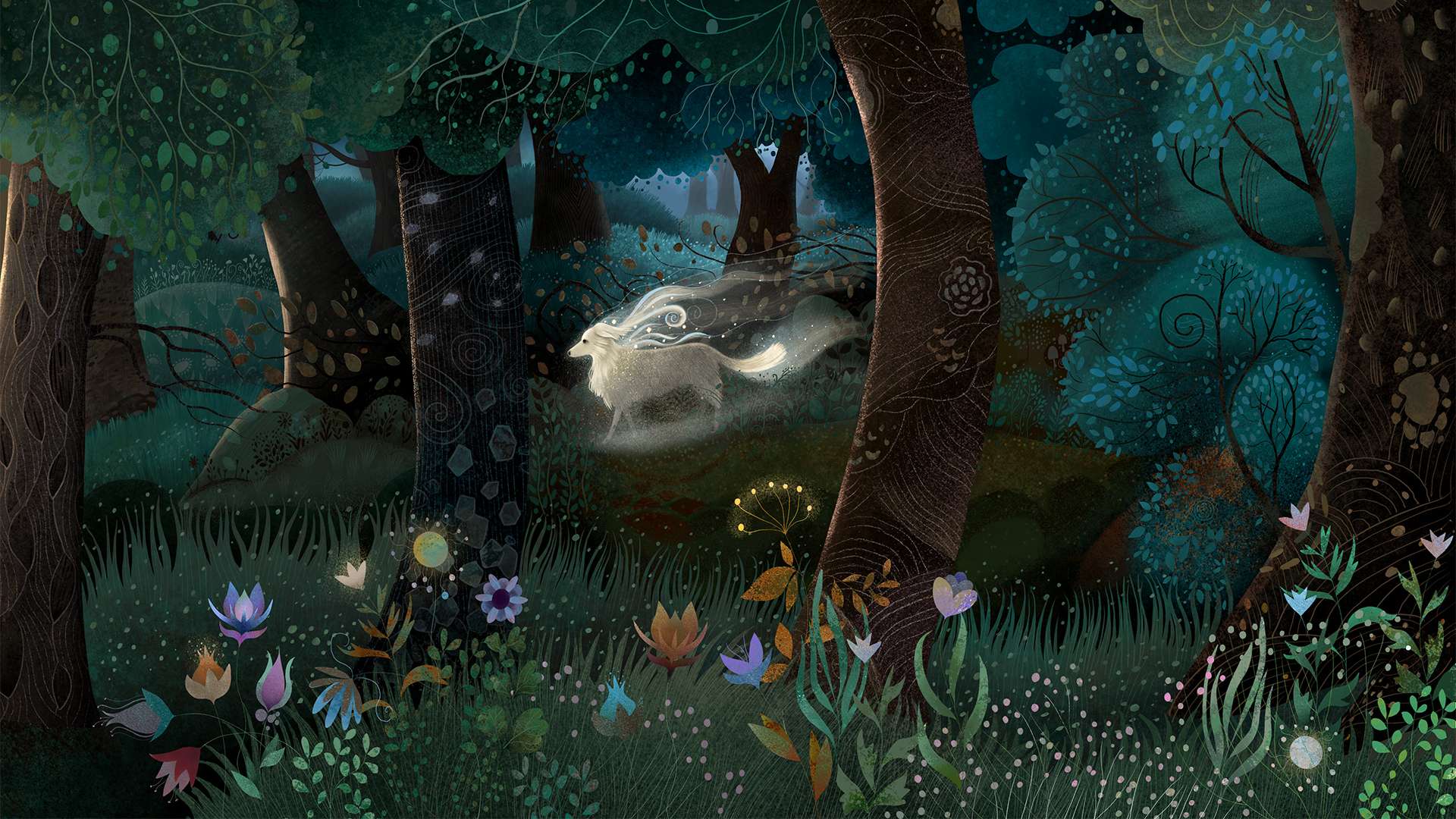 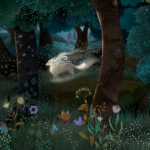 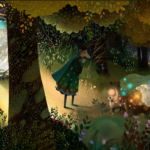 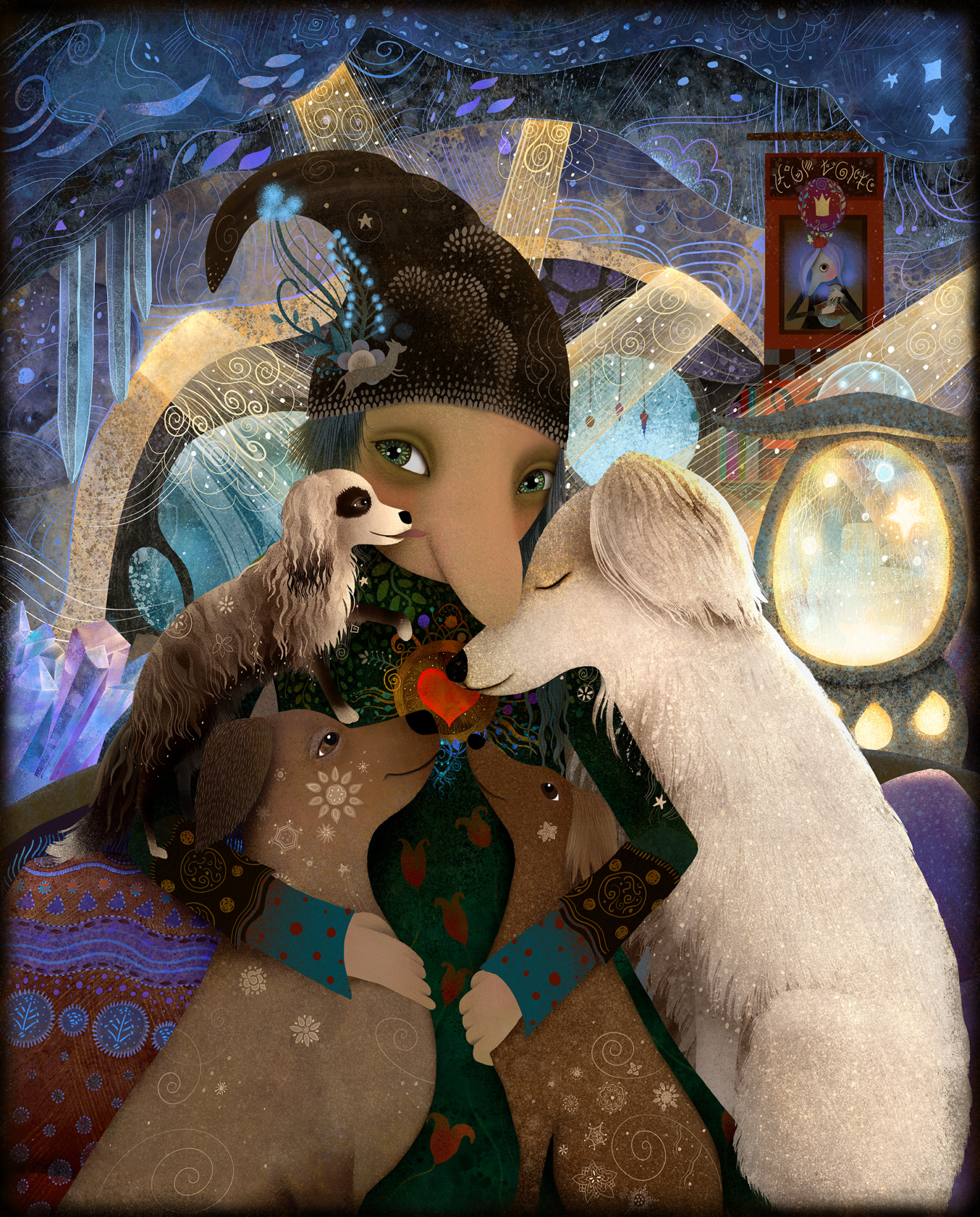 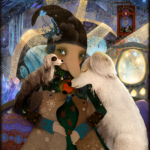 This morning, I was standing in my garden, deep in thoughts when I felt someone touch my shoulder. I turned my head slightly... it was a bird resting on my shoulder. I laughed. I didn't expect that, I must say. He flew off and I called after him "Oh, hello, cheeky bird!" and he chatted back to me from a tree but I didn't quite catch what he said. Still, there was laughter in the air, as there often is with birds...

I dreamed we had moved a bit further North on Lofoten. The North is always a magical direction in my dreams, closer to the Otherworld. The new house was a bit like ours at the moment but so much bigger. All this new space to use for my creativity, I was delighted! Although our house is a square, there is something circular about it, a bit like a spiral, the wood stove being at the center of it. And so was also the new house. From the entrance, you could go through a chain of rooms and it would lead you back to the entrance. At the center was a huge living-room, which was a bit like a courtyard with skylights and windows on a second floor. This house was a sanctuary. A temple. But outside was even more wondrous. I was surely going to miss our present view because I'm very attached to the view of this forest filling our windows, but the surroundings in the dream were something very special. The house was straight at the edge of the sea, so close to it that it gave me the feeling the house was actually a ship, and the light was a bit similar to the one in this painting I made many years ago. Behind and on each side loomed imposing dark mountains. I climbed down from the wooden deck of my house (it could also have been a terrace) into the shallow sea. I was very apprehensive about the temperature but the water was actually lukewarm. The sea was teeming with thousands of brightly coloured fish. Beautiful fish. I even picked up one, gently, in my cupped hands and released it lovingly. I walked up to some rocks and right beyond was the savage sea, with its rolling and crashing waves. It was also slightly below because it was low tide. It seemed the shore around the house was a huge natural pool always replenished by the high tide. I imagined myself swimming in the deep vast sea on calm days, but for the moment, I was very grateful for the chance to bathe with the fishes every single day. 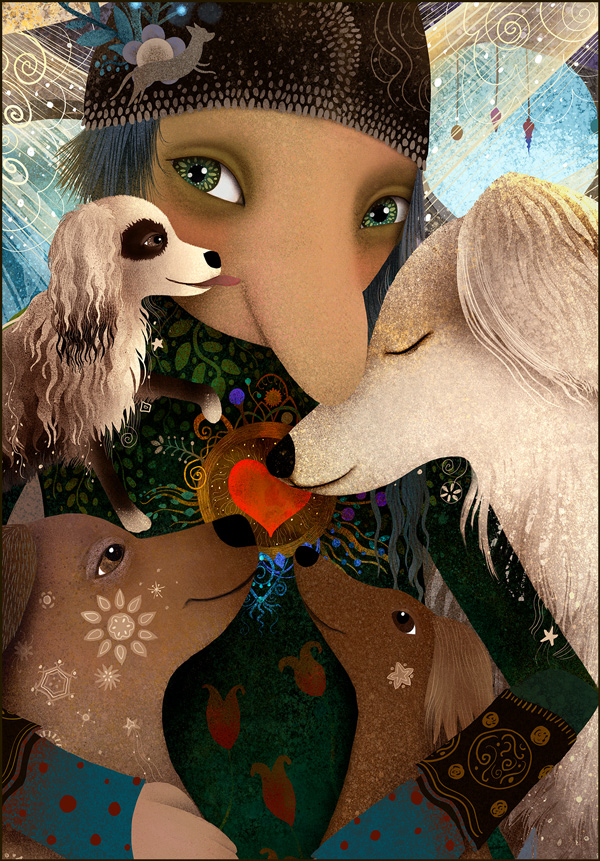 Soon the end of the Midnight Sun… looking forward to seeing the stars again in one month.. 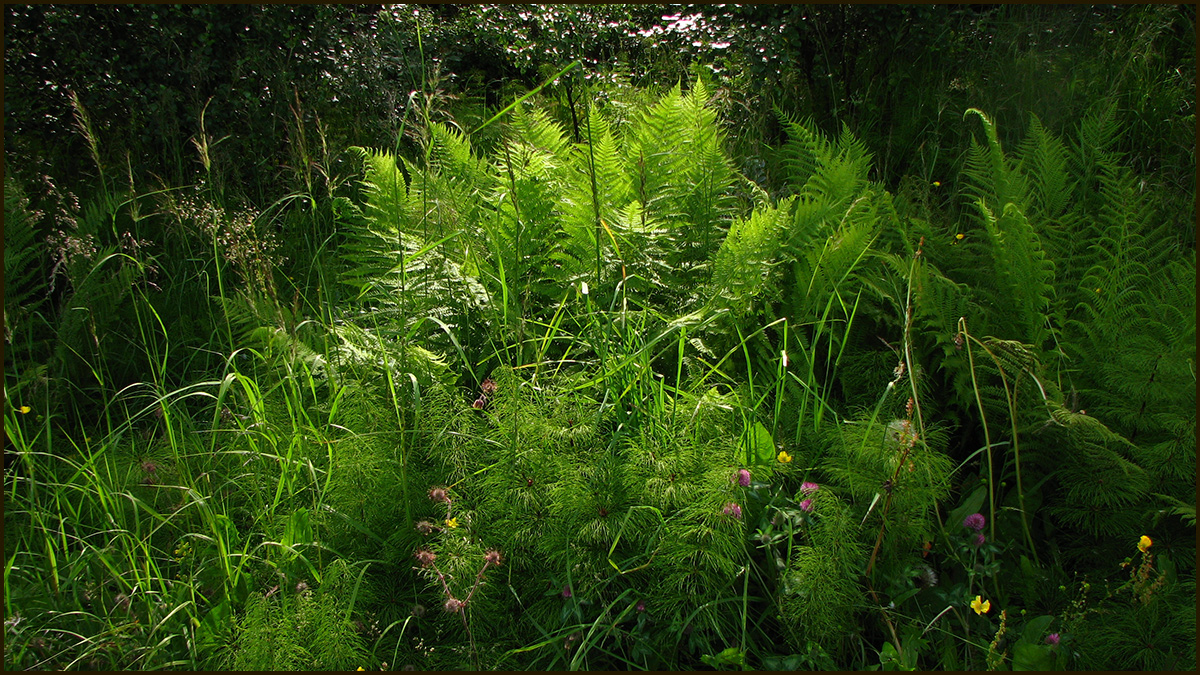 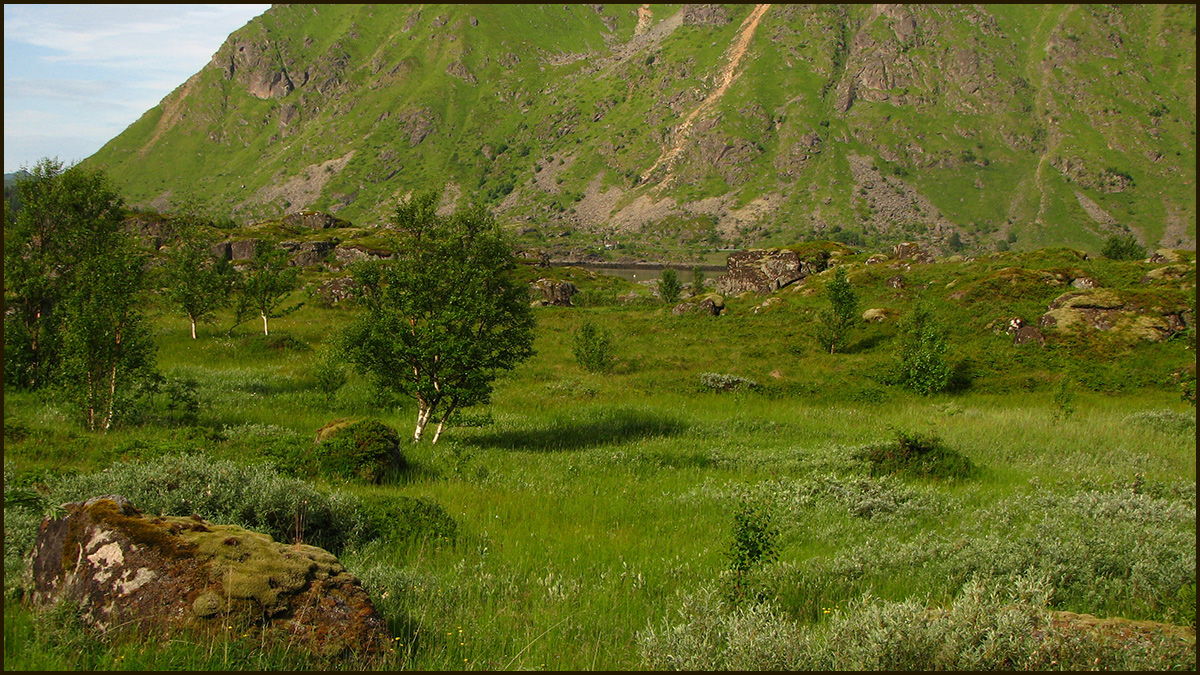 This is an image in a long series about the Goblin world. Goblins love animals, crafts and music. I know my Loki is with them.
I had fun painting the cave, this little Goblin’s home.

I dreamed my Beloved and I lived in a big mansion by a river. The style was very 1920's and there was a big conservatory (like a glass veranda) and many rooms. We decided to open a bed and breakfast but on our own terms. We wanted only a few guests and to keep to a reasonable price so that it wouldn't be for rich people only. Everybody was pushing us to rent all the rooms and make a maximum of money but we didn't care about money. We wanted a few guests only whom we would take great care of. Perhaps we could open in the conservatory a tearoom on Saturdays for the locals but only with a few tables. We didn't want to become slaves to our work either. We were aiming for quality over quantity. Our first customer was a young Chinese woman, perhaps because China and Japan in particular represent for me refinement and it feels like they put a lot of love in the things they hand-craft. There was going to be for sure a waiting list, since we didn't want to expand our capacities but the power we had, we were going use it wisely.

I've been listening again lately to the Juliet Letters, such evocative music and great performance... 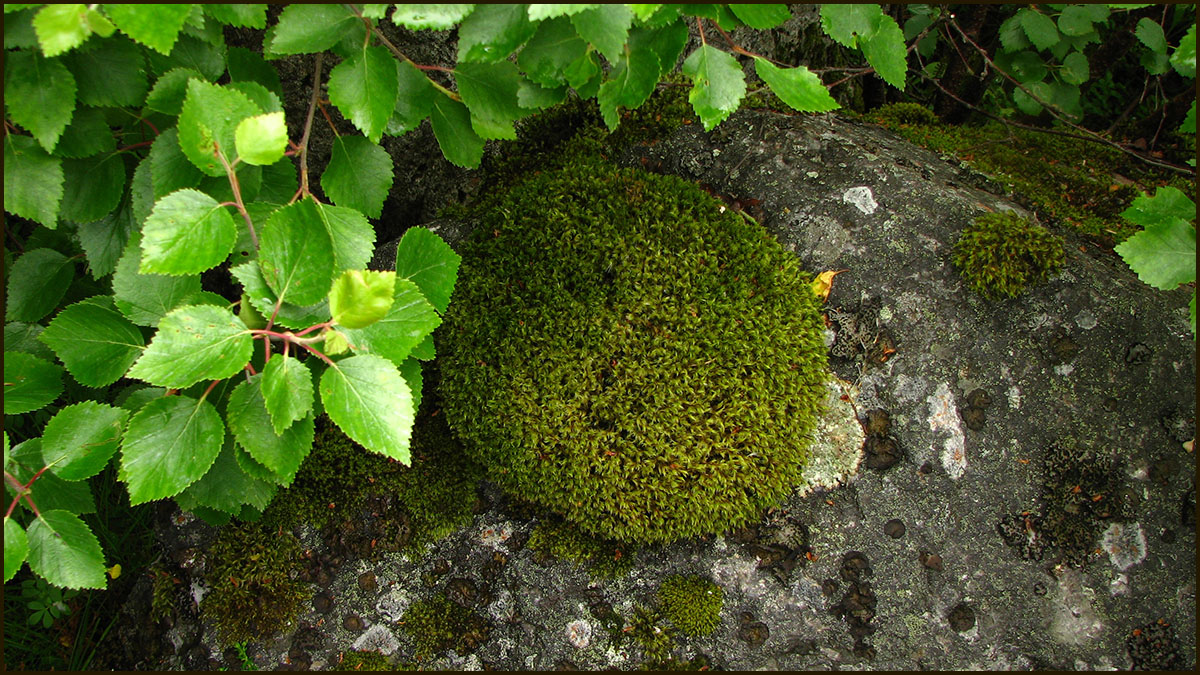 I found a pillow for pixies, it is just perfect!

Grey skies are back! For a little while. And the flowers season is at its peak. So much beauty everywhere… 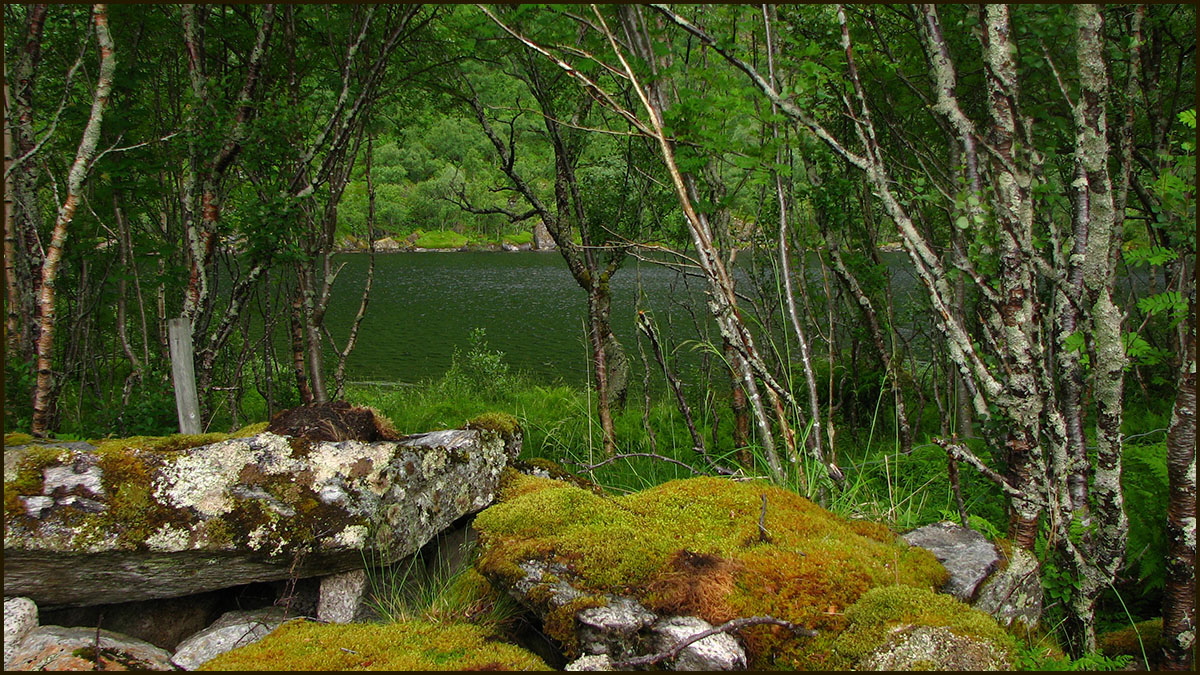 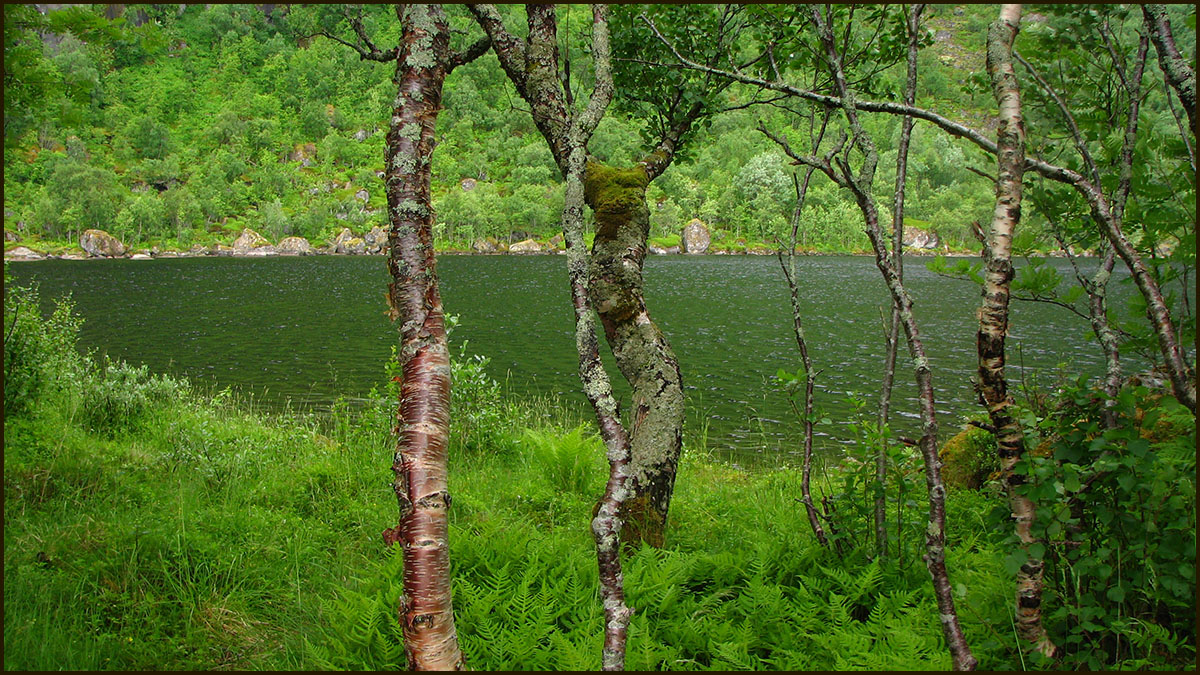 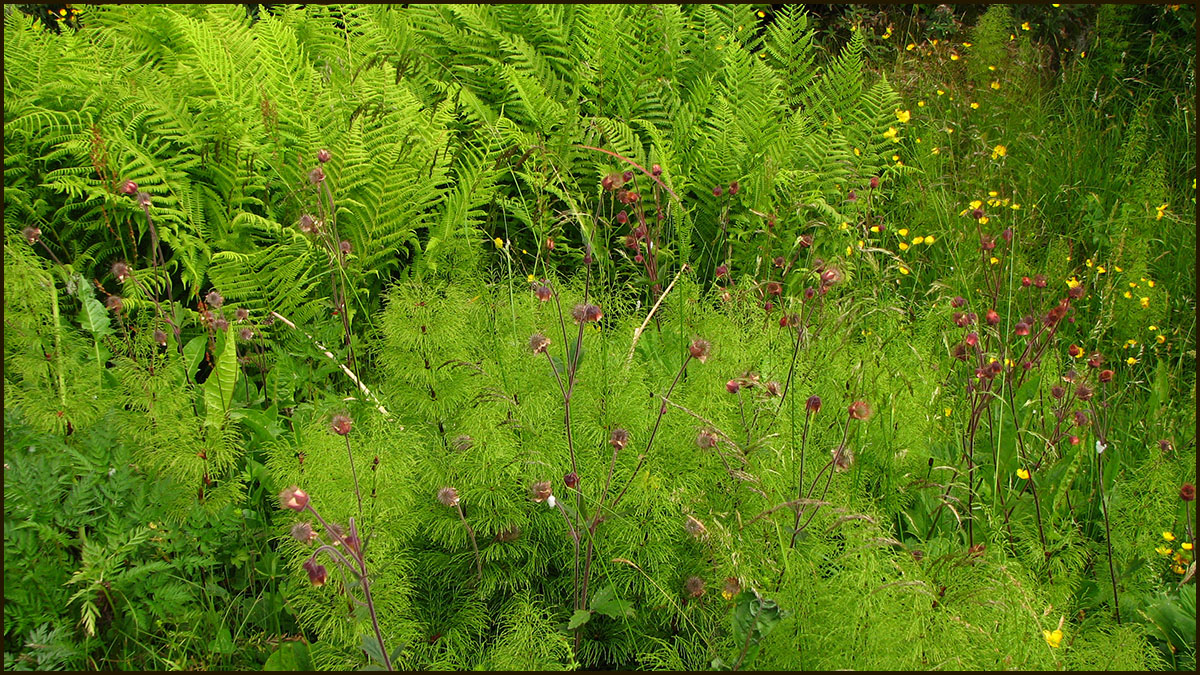 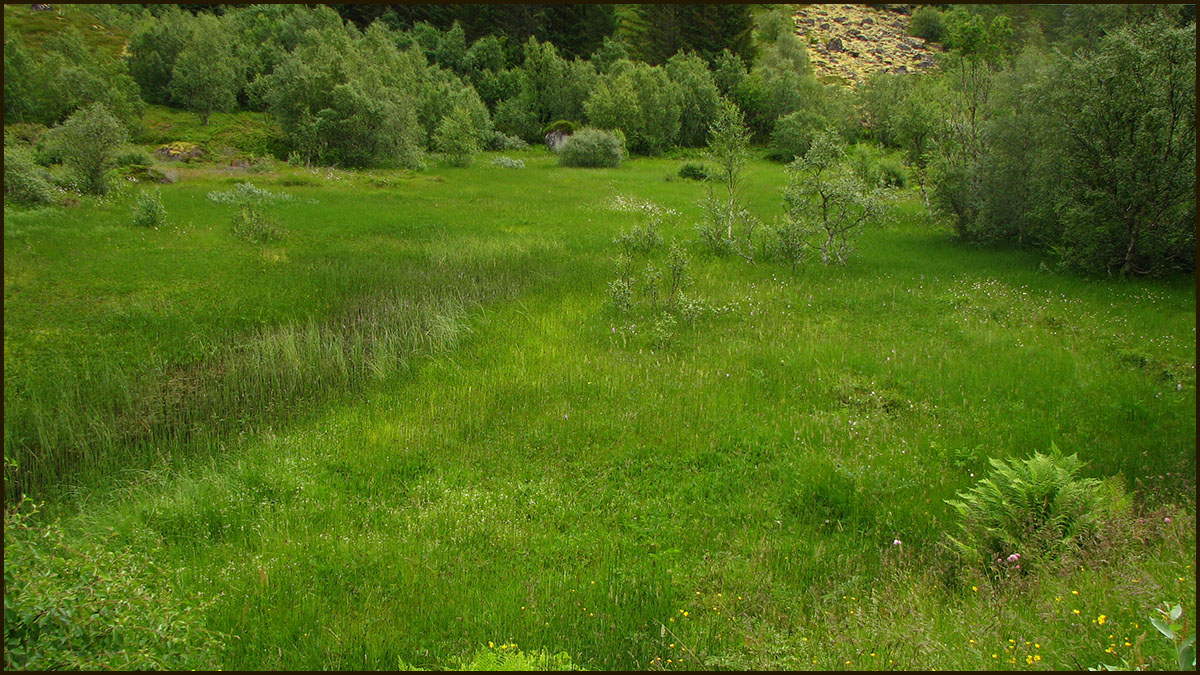 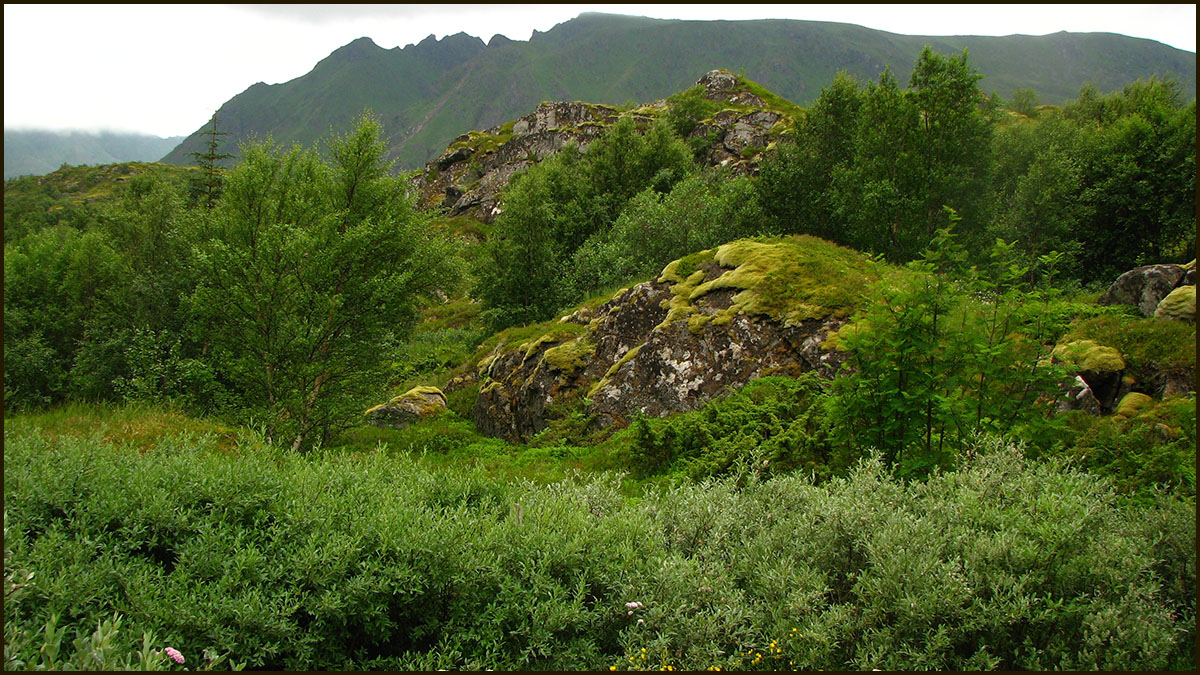 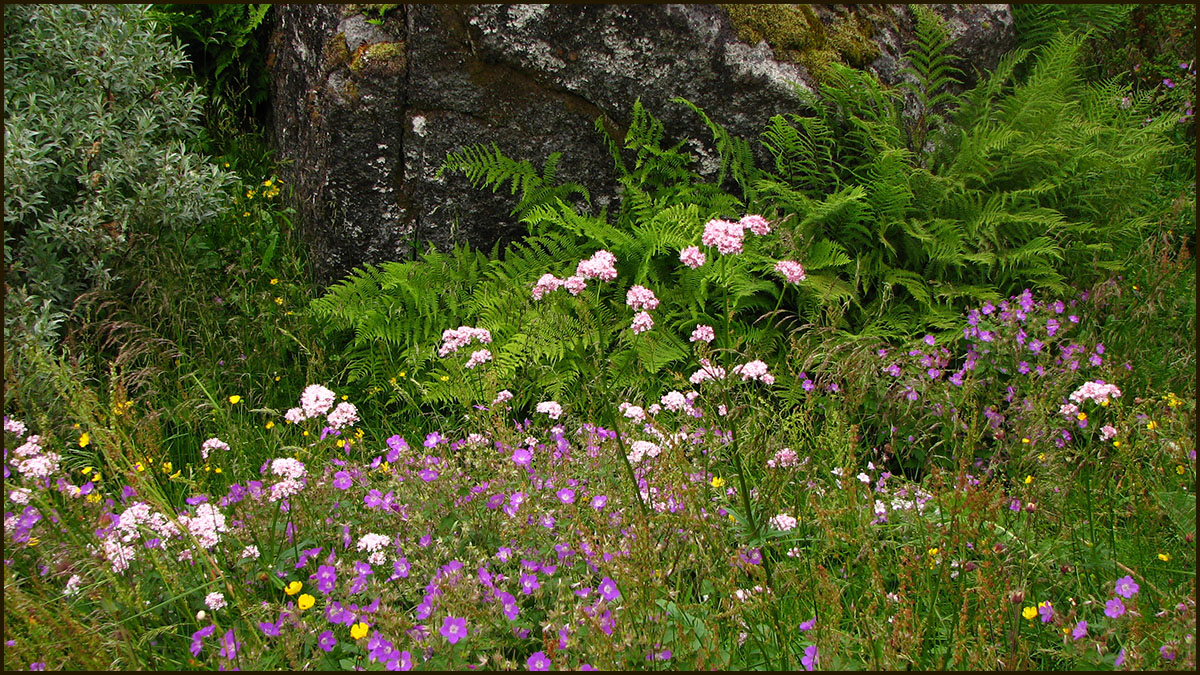 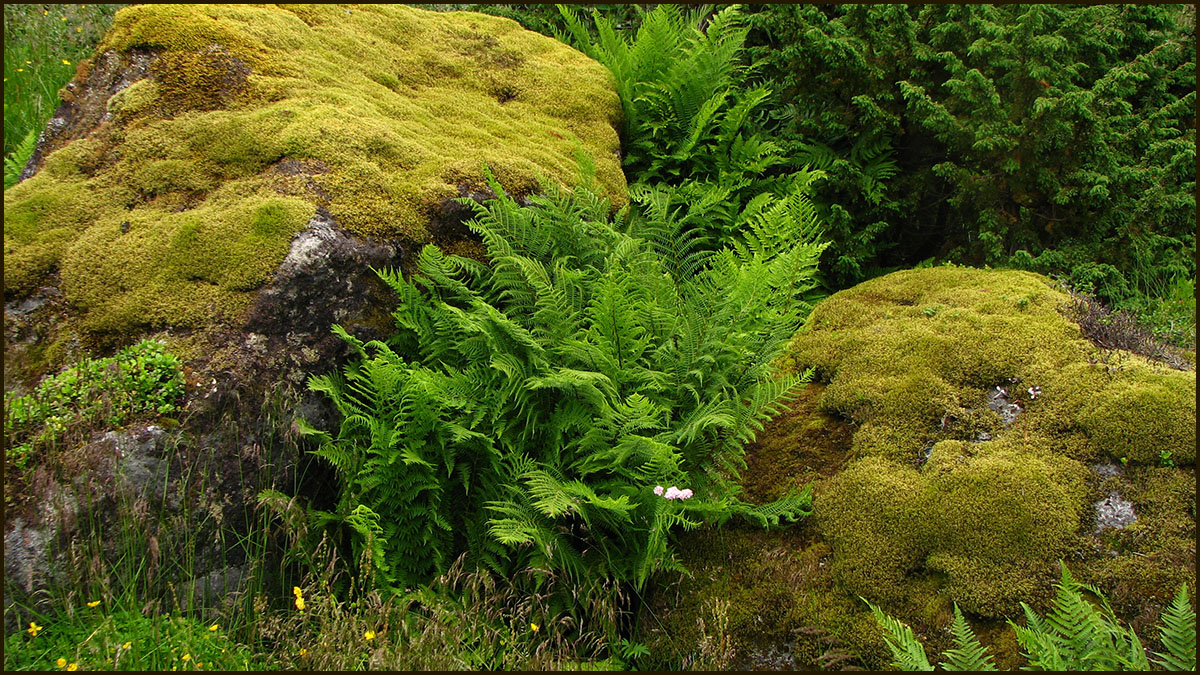 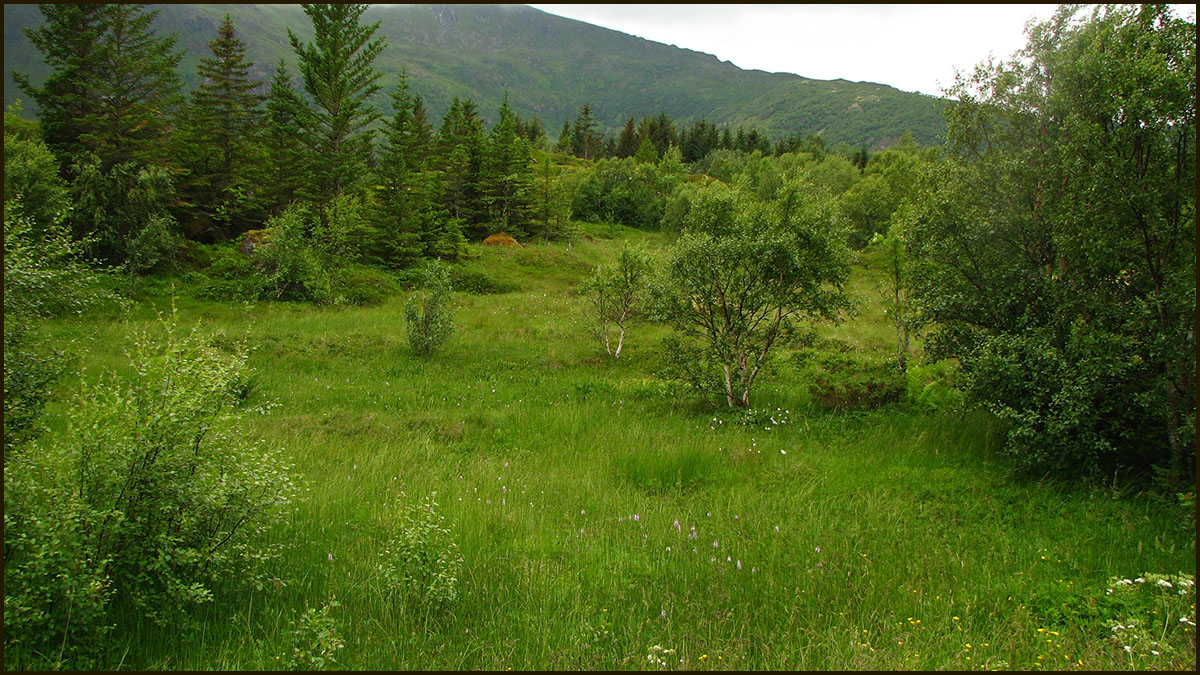 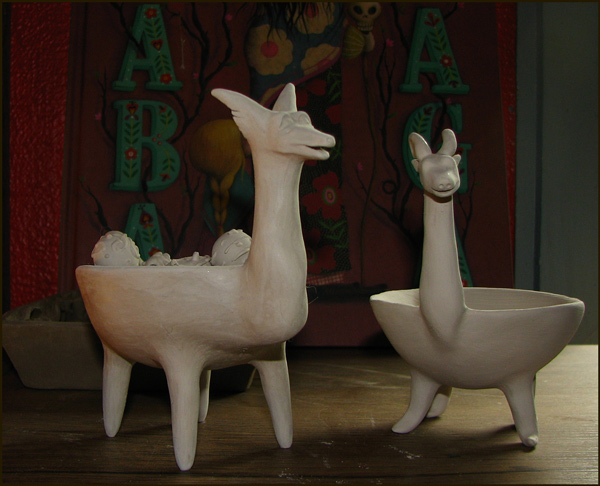 I’ve been working a lot with clay lately, actually, three new types of clay, low-fire ones (because I want to experiment with low-fire glazes) and all the clays were wrong for building figurative pieces. The third clay broke my heart. I had been working on a little troll for days and I lifted it up carefully and many things fell down, this clay was like… chalk! So, I’ve ordered some good old paperclay (mix of clay and fibers), but the low-fire version. Meanwhile, a few pieces are drying. The one below will be black after firing. I can hardly wait to play with different combinations of glazes and see the results. 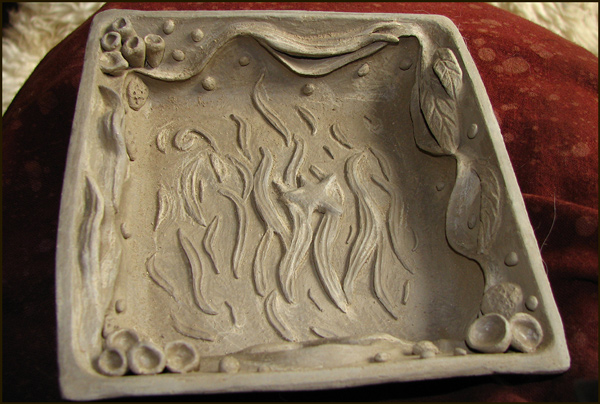 I usually don’t show my ankles because of my Victorian upbringing, BUT I received a wonderful present from a very dear friend: HAND-KNITTED SOCKS! I’m in Heaven, they are a perfect fit and so soft and beautiful. I wish I had this talent. I love socks! 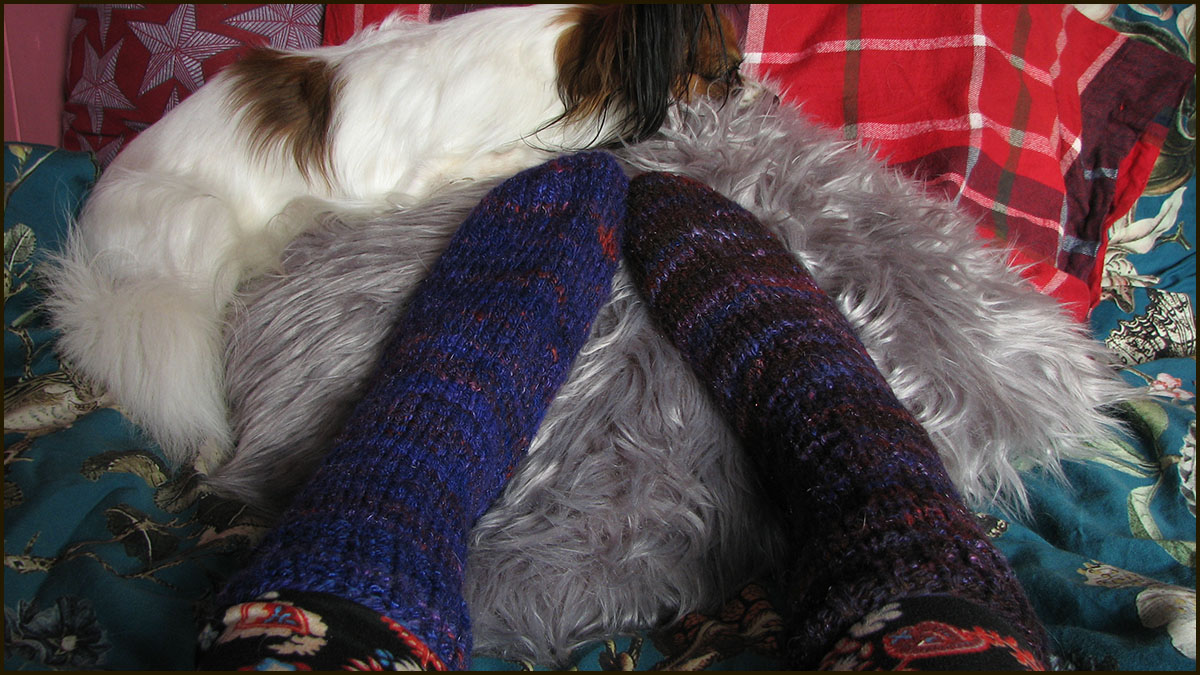 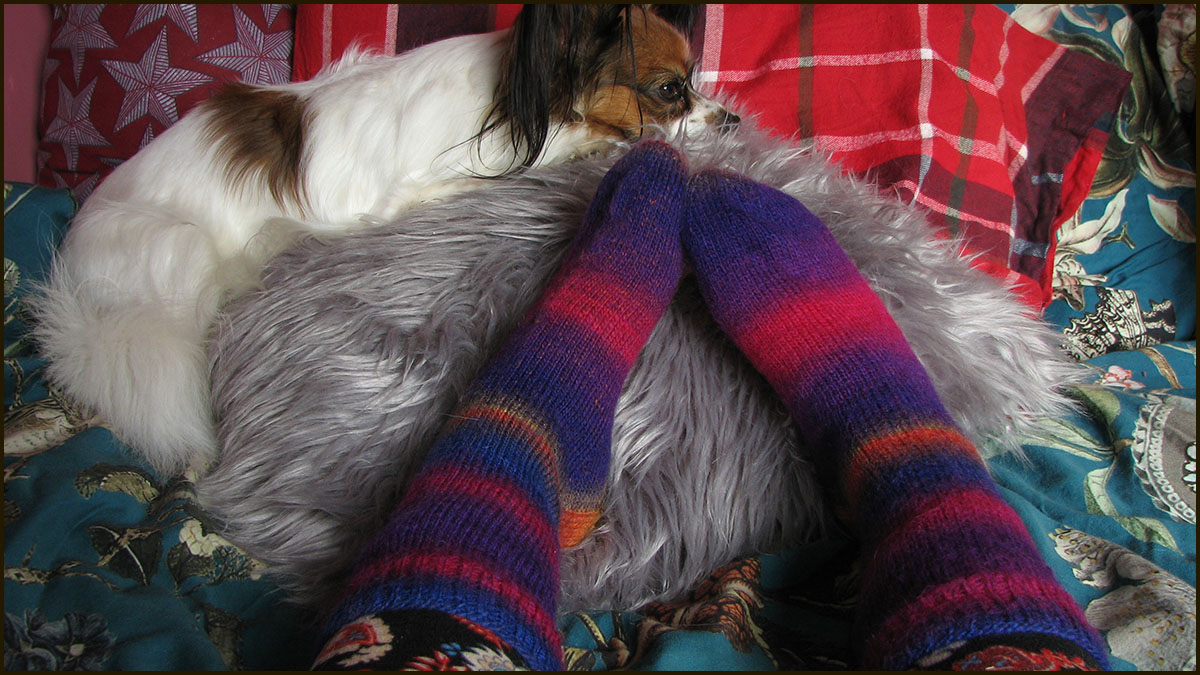 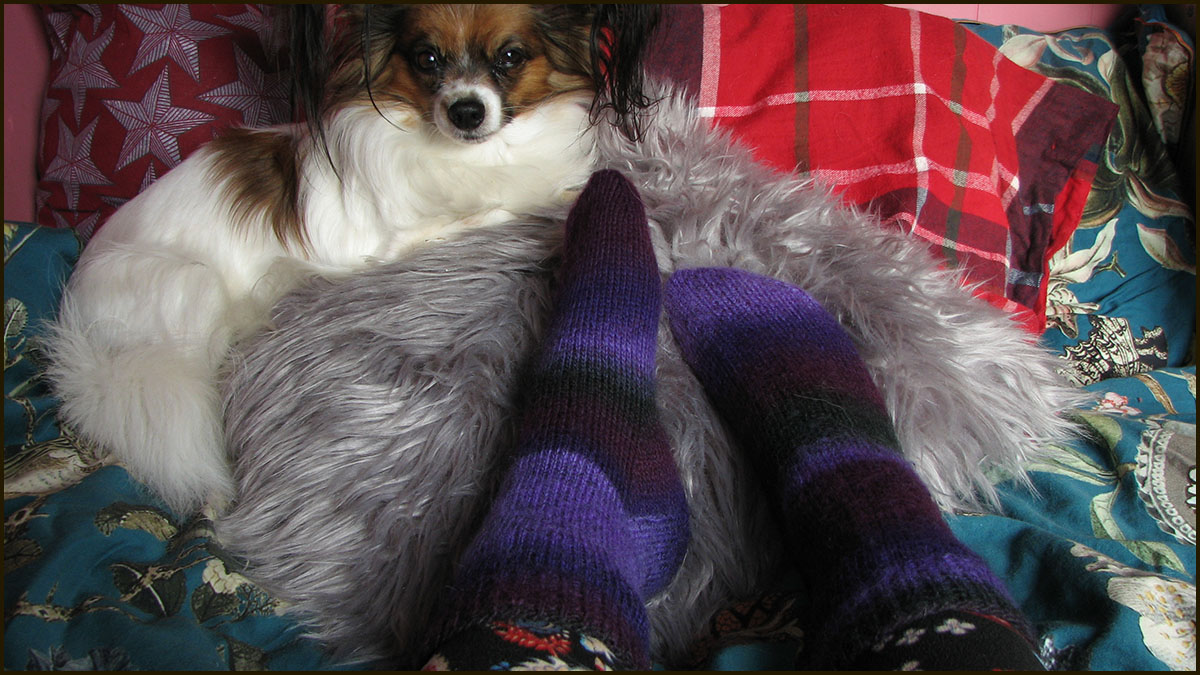 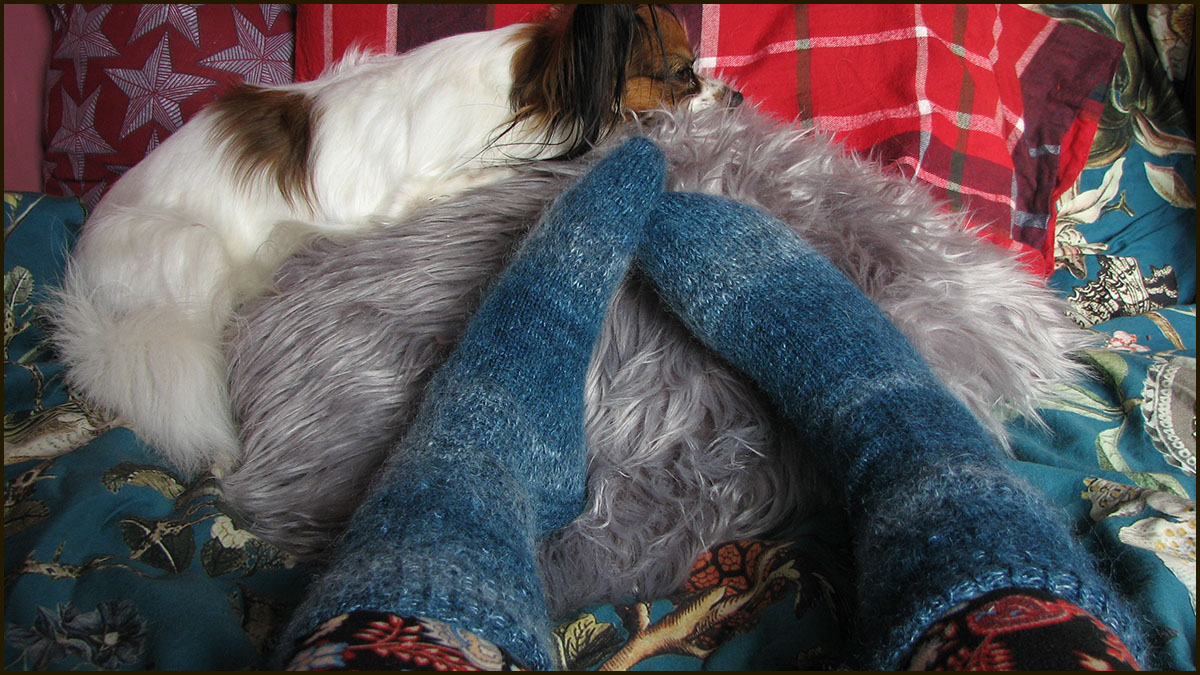 And now a bit of music to dream on and journey very deep into the realm of imagination. Perhaps my favourite piece by Alexandre Desplat.